Learn to Live The Vegan Way

Whether for health or ethical reasons, taking up a vegan lifestyle is said to have many benefits. But do the claims add up? 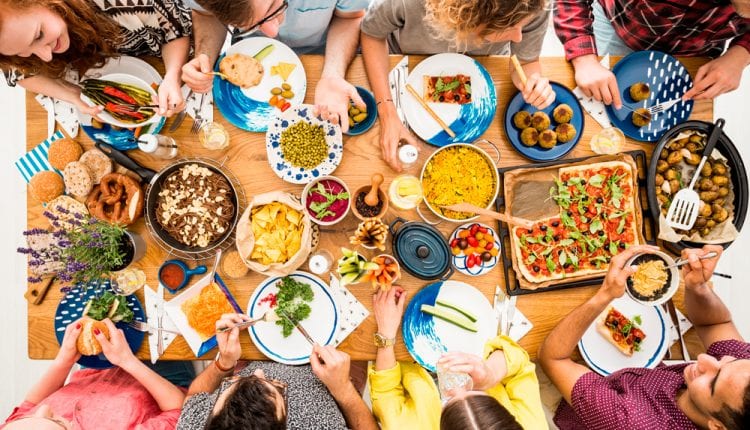 This year is definitely veganism’s ‘ketchup moment’—when pent-up interest in the topic suddenly bursts out. Starting with the Veganuary movement, when the charity claimed to have persuaded 14,000 people to sign the pledge in one day, hardly a restaurant, cookbook or institution has been able to resist addressing the topic.

So what exactly is veganism? Is it just ‘extreme vegetarianism’, or a lot more?

According to the Vegan Society, the idea of veganism dates back at least 2,500 years to Pythagoras and Buddha. Both promoted a vegetarian diet but also, more to the point, the principle of ‘the emancipation of animals from exploitation by man’.

So, true vegans give up meat and dairy, but they also oppose more hidden animal by-products, which include wearing leather, eating honey or consuming gelatin.

Vegans argue that all commercial farming and fishing is cruel to animals—even the collection of eggs and milk. But some of the other exclusions might seem less obvious. Gelatin for instance is manufactured from animal by-products, bones and skin, while harvesting honey, though perhaps not cruel in itself, is said to disrupt the natural cycles of bees.

They also point towards the unsustainability of certain types of commercial farming.

Animal agriculture currently uses about 70 percent of agricultural land and is one of the leading causes of deforestation, biodiversity loss and water pollution. It’s the second highest source of emissions after transportation, and by 2050 some researchers say animal agriculture could be responsible for 80 percent of the allowable greenhouse gas budget.

The Vegan Society suggests recipes from curry to cake, pasties to pizzas, all using plant-based ingredients, and many acceptable substitutions such as oat or soya for cows’ milk, vegan butter, cheeses and yogurt, agar for gelatin, tofu for eggs, maple or agave for butter, beet sugar for refined sugar and soy or rice for meat or even ice-cream.

If you are following a vegan diet it is important to include protein from foods such as nuts, seeds, beans and pulses to ensure your intake of calcium, vitamin D, iron, vitamin B12, zinc and omega-3 fatty acids—all nutrients that are harder to get in a vegan diet.

Nutritionists also suggest filling your diet with lentils, chickpeas, tofu, soya versions of milk and yogurt, cashews, pistachios, flaxseed, chia and pumpkin seeds, buckwheat and quinoa. Watch out for coconut oil, which is often found in  vegan products but is high in saturated fat.