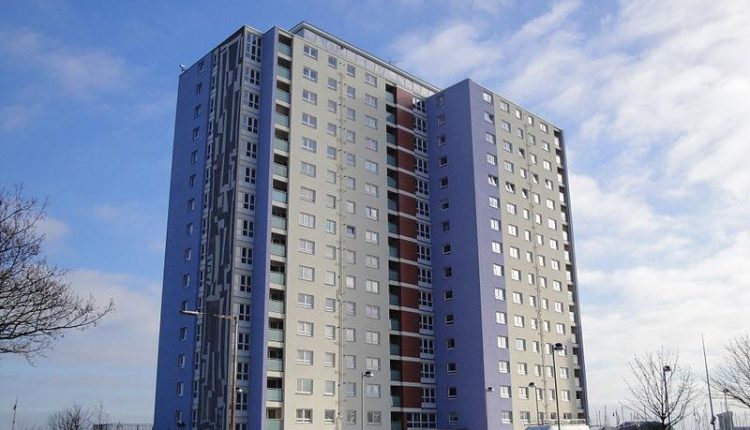 In a landmark ruling, a High Court judge has ordered a building contractor to pay damages to a housing association for cladding remediation work. But what does the Mullaley Vs Hyde case mean for the hard-pressed leaseholders of dangerous buildings?

The case revolves around Gosport Towers, a group of five 1960s concrete high rises in Gosport, Hampshire, which were reclad in the mid-2000s by Mulalley. Now a High Court judge has ordered the contractor to pay damages to the housing association, which chose to replace the dangerous cladding.

Inside Housing reports that housing association Hyde was successful in its claim against Essex-based Mulalley & Co, the contractor that installed the cladding system. Hyde argued that the specified cladding system did not meet the building regulations at the time of construction between 2005 and 2008. It also argued that there had been mistakes in the installation of the cladding materials.

Mulalley has now been ordered to repay Hyde for the costs incurred in replacing the cladding on the five tower blocks, an amount of around £8m.

Andy Hulme, chief executive of Hyde, described the judgment as a “landmark ruling” which “establishes that the costs of defective work must be borne by those responsible for it”.

But what does the landmark ruling in the Mullaley Vs Hyde case mean for the hard-pressed leaseholders of dangerous buildings?

The case dates back to 2017 when Hyde discovered, shortly after the Grenfell Tower fire, that combustible expanded polystyrene insulation boards had been used in the cladding of five blocks it had bought. It also claimed that there were defects in the installation of fire barriers.

Hyde chose to remove the entire cladding system and replace it with a new, non-combustible cladding system. It did not charge residents for the work which was carried out from 2018 to 2020, too soon for it to receive any government funding.

The housing association started proceedings against Mulalley in 2019, claiming for costs of removing the cladding, and for mounting a ‘waking watch’.

In its defence, contractor Mullaley accepted that there were some defects in the system, but argued that its liability was limited to the cost of repairing defects rather than replacing the whole system. But the judge found in favour of Hyde, concluding that the cladding system did not comply with the building regulations at the time of installation, and adding “Like most other similar cases this case turns very much on the specific contractual provisions and the specific fire safety standards applicable to the particular product chosen as well as on the particular cases pleaded and argued and the evidence called.”

But what does the landmark ruling in the Mullaley Vs Hyde case mean for the hard-pressed leaseholders of dangerous buildings? The case is significant because it acts as a test case after the passing of the Building Safety Act, which limits the amount of money leaseholders can be charged for remediation work, instead putting legal responsibility on developers and freeholders.

While the same judgement might not apply in all cases – as the judge commented, very much depending on specific contractual provisions – it’s significant that the Building Safety Act 2022 extended the limitation periods for claims from six to 30 years for retrospective claims, and from six to 15 years for prospective claims, and also extended liability to works carried out on existing properties, whereas the previous Defective Premises Act applied only to new buildings.

Inside Housing‘s experts concluded that the fact that the court has found that the decision to carry out remedial works and implement a waking watch was justified in this case, by reference to the relevant technical and legal framework applicable at the time, may strengthen the resolve of other parties in Hyde’s position to go ahead with similar claims.

So what does the landmark ruling in the Mullaley Vs Hyde case mean for the hard-pressed leaseholders of dangerous buildings? It may have long-term implications for the way similar cases are dealt with.

See also: Five Years on from Grenfell Fire – Has Anything Changed?