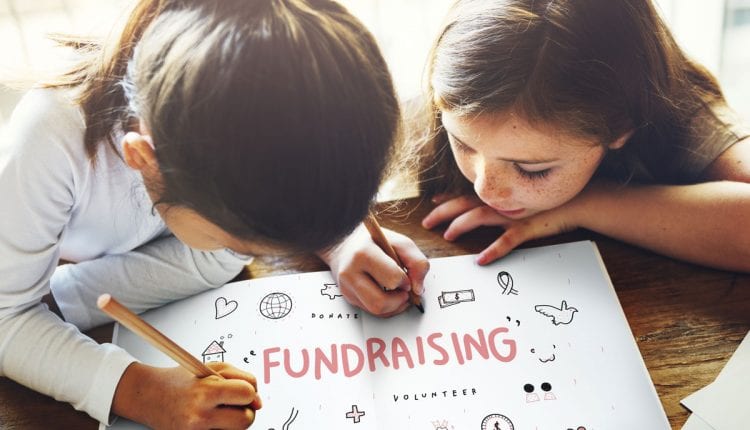 We’ve all read about Captain Tom Moore and his amazing achievements raising funds for the NHS, but all over the UK, kids are also doing their bit to support health charities during the coronavirus crisis.

In the West Midlands, seven-year-old Herbie Wharton ran a marathon in his back garden on Easter Sunday, raising over £5,000 for the NHS from his JustGiving page, and got a personal message on Twitter from Chief Scout, Bear Grylls.

Thirteen-year-old Theo Woods from Hartlepool raised over £3,500 with a 12-Hour Clap For Our Heroes, while two West Lothian youngsters are cycling 10km every day to raise money for NHS Charities Together. Lucy, 6, and Alfie, 10, Fairbairn have so far raised £1,400 through their JustGiving page. They cycle the same route near their home in West Calder each day with Mum Laura, 35.

Despite only learning to ride his bike without stabilisers last week, Doncaster six-year-old Henry Irvine has been cycling for five days, inspired by Captain Tom Moore. Henry’s mother Kelly-Louise said “He wanted to do something just like him and we decided together that riding his bike would be a good option.” Henry’s ride along the Pennine Way has raised over £200.

In Long Clawson, Leicestershire, Isabel Adkins (10) and eight-year-old Charlie wanted to do their bit to help frontline medical staff during the Covid-19 crisis and decided to attempt to jump 20,000 times on a pogo stick in just seven days. So far they have raised £851 after setting a target of just £100 on their JustGiving page.

Chloe Bird aged 12 from Workington decided that clapping for the NHS was not enough, so she wrote her own lyrics for the song Don’t Stop Believing with verses such as “Working hard from my home, Feeling lonely on my own, No pasta, rice or toilet roll, Please just stay at home.”

Carlisle singer Andy Whitaker recorded it just before last week’s NHS clap and the song is now on mum Rebecca’s Facebook page and has raised £645 via JustGiving.

Meanwhile pupils from in Pool-in-Wharfedale C-of-E Primary School have got in on the action; Martha and Gracie Ellis kicked things off by setting up a JustGiving page to promote their sponsored activities for NHS Charities Together, with Martha running 100 laps of her garden each day and Gracie setting herself a ‘read 70 books during lockdown’ challenge. Now other pupils from the school are joining in with sponsored cycling, reading, keep-ups, basketball, sit-ups and garden lap challenges.

And young entrepreneurs are contributing too, with 15-year-old Rudra Nakade of Milton Keynes designing and creating full-face plastic visors using a 3D printer at home. The son of a GP, he said he was determined to do something helpful after hearing that hospital nurses and doctors did not have sufficient personal protective equipment (PPE).

The visors are given to NHS staff free, and Rudra is raising money via GoFundMe to ramp up production.

Chris Johnson, a 15-year-old Army cadet in Warrington, is also 3D printing PPE and has his production line up to 30 units a day. He’s almost reached his goal of raising £5,000 for materials on his GoFundMe page.

We’ve all read about Captain Tom Moore and his amazing achievements raising funds for the NHS, but all over the UK, kids are doing their bit to support health charities too. There are hundreds of other good examples of fundraising kids all over the UK – let us know of any you would like us to spotlight!