Want Your Kids to Grow Up Healthy? Live Near Woodlands 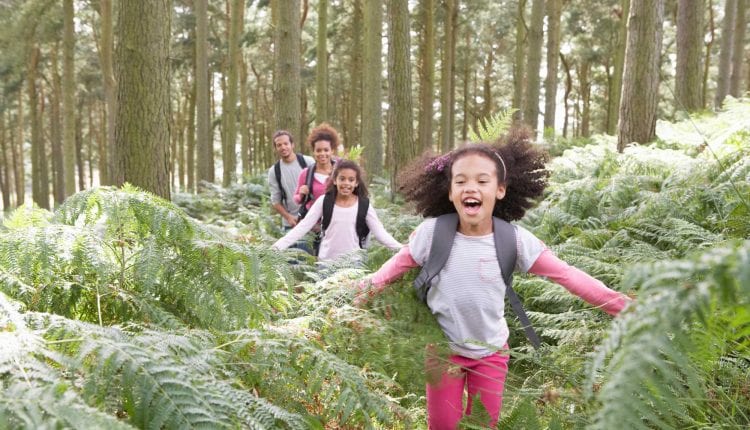 A study published in Net Zero Week, the UK’s week for promoting awareness of climate change, has concluded that if you want your kids to have a better chance of growing up healthy and happy, you should live near woodlands.

The analysis of young people’s proximity to woodlands has shown links with better cognitive development and a lower risk of emotional and behavioural problems.

The research, funded by the Natural Environment Research Council (NERC) and Medical Research Council (MRC), is believed to be one of the largest studies of its kind and could influence planning decisions in urban areas.

This period is a key time in the development of adolescents’ thinking, reasoning and understanding of the world.

Researchers looked at the links between different types of natural urban environments and the pupils’:

Maternal Mental Health During the Pandemic – What Can We Do…

The environments were divided into what planners call green space (woods, meadows and parks) and blue space (rivers, lakes and the sea), with green space separated further into grassland and woodland.

Researchers used satellite data to help calculate each adolescent’s daily exposure rate to each of these environments within 50m, 100m, 250m and 500m of their home and school.

After adjusting for other variables, the results showed that higher daily exposure to woodland (but not grassland) was associated with higher scores for cognitive development.

There is a 16% lower risk of emotional and behavioural problems two years later.

See also: Are You Paying a ‘Pink Tax’ On Girls’ School Uniform?

A similar but smaller effect was seen for green space, with higher scores for cognitive development, but this was not seen for blue space.

The researchers note though that access to blue space in the cohort studied was generally low.

Examples of other explanatory variables considered included the young person’s:

The level of air pollution might have influenced adolescents’ cognitive development, but researchers did not feel these observations were reliable or conclusive, and these require further investigations.

See also: The Health Benefits of Coconut Water for Kids

It is already estimated that one in 10 of London’s children and adolescents between the ages of five and 16 suffer from a clinical mental health illness.

As with adults, there is also evidence that natural environments play an important role in children and adolescents’ cognitive development and mental health into adulthood. But less is known about why this is.

The results of this study suggest that urban planning decisions to optimise ecosystem benefits linked to cognitive development and mental health should carefully consider the type of natural environment included.

Natural environments further away from an adolescent’s residence and school may play an important role too, not just their immediate environment.

“Why these health benefits are received remains unclear, especially in adolescents.

“These findings contribute to our understanding of natural environment types as an important protective factor for an adolescent’s cognitive development and mental health and suggest that not every environment type may contribute equally to these health benefits.

“Forest bathing, for example (being immersed in the sights, sounds and smells of a forest), is a relaxation therapy that has been associated with physiological benefits, supporting the human immune function, reducing heart rate variability and salivary cortisol, and various psychological benefits.

“However, the reasons why we experience these psychological benefits from woodland remain unknown.”

Joint senior author Professor Mireille Toledano of the MRC Centre for Environment and Health and principal investigator of the Study of Cognition, Adolescents and Mobile Phones (SCAMP), Imperial College London said: “It’s been suggested previously that the benefits of natural environments to mental health are comparable in magnitude to family history, parental age and even more significant than factors like the degree of urbanisation around you, but lower than your parents’ socio-economic status.

“Sensory and non-sensory pathways have been suggested as potentially important for delivering cognition and mental health benefits received from exposure to nature.

“It’s critical for us to tease out why natural environments are so important to our mental health throughout the life course.

Joint senior author Professor Kate Jones of UCL said: “One possible explanation for our findings may be that audio-visual exposure through vegetation and animal abundance provides psychological benefits, of which both features are expected in higher abundance in woodland.

“Even though our results show that urban woodland is associated with adolescent’s cognitive development and mental health, the cause of this association remains unknown.

To arrive at the findings, researchers analysed a longitudinal dataset of 3,568 adolescents between 2014 and 2018, whose residence was known, from SCAMP across the London metropolitan area.

They assessed adolescents’ mental health and overall wellbeing from a self-reported Strengths and Difficulties Questionnaire (SDQ), covering areas such as emotional problems, conduct, hyperactivity and peer problems, and
the KIDSCREEN-10 Questionnaire taken by each adolescent for SCAMP.

Limitations of the study include an assumption that living or going to school near natural environments means more exposure to them.

This may not always be the case, due to how easily they can be accessed by a child or young person or how usable they are.

Also, a considerable proportion of the participants (52.21%) were in the group whose parents had a managerial or professional occupation.

So adolescents in less favourable socio-economic groups may be underrepresented and pupils requiring special needs may be differently affected compared with their peers.

Crime rates, which may have influenced the results too, were not taken into account.

See also: A Personal Approach to Vitamins for Your Kids