Bobbi Brown Cosmetics has announced that American actress, Katie Holmes has become the first-ever celebrity face of the brand 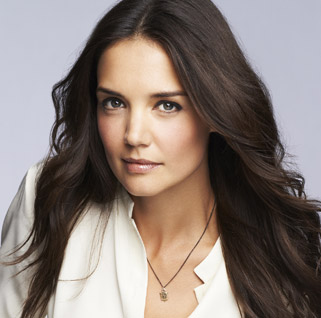 Speaking of the collaboration, Bobbi Brown says, ‘Katie is a classic natural beauty, entrepreneur, and mother. When I met her, I thought she was a natural fit for my brand, and felt an instant connection with her because we have so much in common.’

The first iteration of the partnership will appear in spring 2013 print ads, light boxes, on‐counter and with supporting editorial features. Additionally, Bobbi will be the lead makeup artist at the Spring/Summer 2013 Holmes & Yang Fashion Show, the eponymous line  founded by Katie Holmes and celebrity stylist Jeanne Yang.

Katie Holmes says, ‘Bobbi is exceptional and Bobbi Brown Cosmetics is a company that we, as women, all turn to because it is makeup that is very accessible and makes you feel pretty.’

Makeup artist Bobbi Brown revolutionized the beauty industry in 1991 with the launch of 10 brown‐based lipsticks and a simple philosophy that “makeup is a way for a woman to look and feel like herself, only prettier and more confident.” More than 20 years later, Bobbi Brown Cosmetics is available in 60 countries and offers a full range of color cosmetics, skincare, fragrance and accessories.Brown