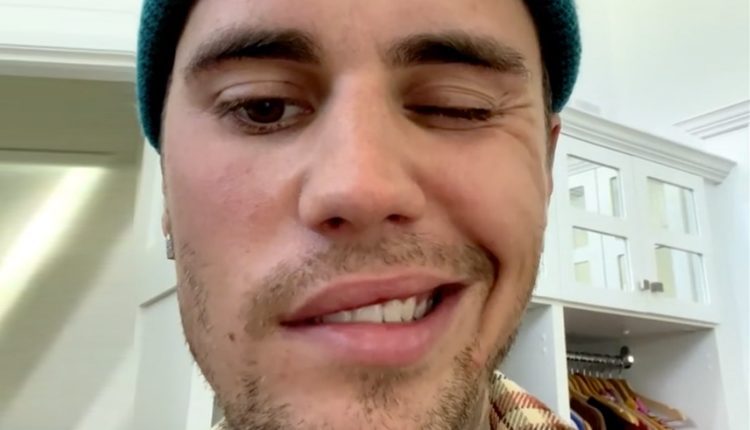 Canadian pop star Justin Bieber has been diagnosed with a syndrome which has caused complete paralysis of the right side of his face. Though the outlook is good for a complete recovery, what is this condition and how has Justin fallen prey to it?

The 28-year-old singer posted a video on Instagram revealing he had been diagnosed with the rare condition Ramsay Hunt Syndrome. It has resulted in complete paralysis of the right side of his face, meaning that his upcoming tour dates will have to be postponed.

Later in the week he posted again on Instagram saying that his condition was improving, but that he was still having difficulty, and that long-term damage may make it difficult for him to blink.

Neurologist James Ramsay Hunt (1872-1937) actually has three syndromes names after him; Justin Beiber is suffering from Ramsay Hunt Syndrome Type 2, which is caused by the reactivation of the herpes zoster virus (which causes chickenpox) in the geniculate ganglion, a collection of nerves in the face. The syndrome is sometimes called herpes zoster oticus, and can result in paralysis of the face, deafness, vertigo, rash on the ears and tongue, and pain.

The condition is associated with Bell’s Palsy, also a neurological viral condition which can cause drooping of the face. Both conditions often arise when people have weak immune systems.

The condition is usually treated with steroids and antivirals, but treatment can not repair any permanent damage that has been caused. The NHS says less than half of patients recover completely, though chances of recovery improve if antiviral treatment is given within the first 72 hours of symptoms, with 70% of that group recovering fully. This drops to just 50% if the patient does not receive rapid treatment.

Neurology experts agree that Justin Beiber’s case of Ramsay Hunt Syndrome seems from his symptoms to be severe, and he says that he has been doing facial exercises to try to improve the condition. But it’s too early to say whether there will be any long-term damage to the singer’s appearance or his ability to perform.

Justin said on his Instagram account: “Obviously my body’s telling me I have to slow down, and I hope you guys understand.”

See also: Celebrate National Beer Day With Your Own Brew

Five Ways to Keep your Home Cool this Summer