June Brown, Known for Her Role as Dot Cotton in EastEnders, Dies Aged 95 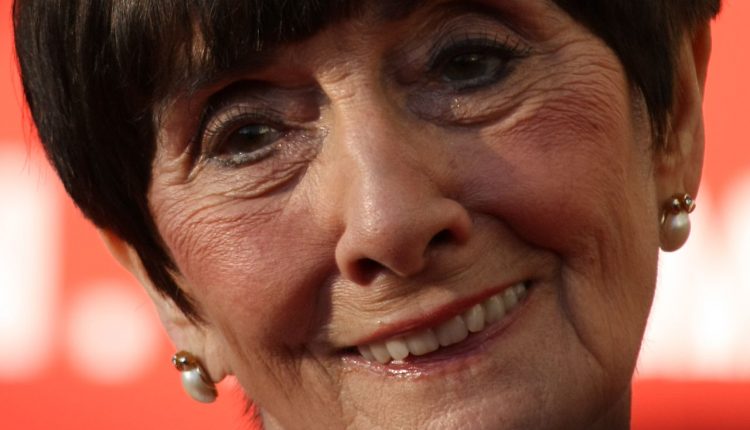 Actress June Brown, best known for playing the role of Dot Cotton in the BBC soap EastEnders, has died at the age of 95.

The star is said to have died “very peacefully” at her home in Surrey with her family by her side.

A statement from June Brown’s family said:  “We are deeply saddened to announce our beloved mother, June, passed away very peacefully at her home in Surrey on Sunday evening, with her family by her side.

“We would kindly ask that our privacy is respected at this very difficult time.”

June Brown played the role of launderette manager Dot Cotton in 2,884 episodes of EastEnders spanning over 35 years, and is recognized as one of the most iconic characters in British soap history. Dot was known for her devout Christian faith and hypochondria, in addition to her love for cigarettes.

A spokeswoman from EastEnders said: “We are deeply saddened to announce that our beloved June Brown, OBE, MBE, sadly passed away last night.

“There are not enough words to describe how much June was loved and adored by everyone at EastEnders, her loving warmth, wit and great humour will never be forgotten.

“June created one of the most iconic characters in Dot Cotton, not just in soap but in British television, and having appeared in 2,884 episodes, June’s remarkable performances created some of EastEnders’ finest moments.

“We send all our love and deepest sympathies to June’s family and friends. A very bright light has gone out at EastEnders today but we shall all be raising a sweet sherry in June’s memory.

“Rest in peace, our dearest June. You will never be forgotten.”

Gillian Taylforth, who plays Kathy Beale, said: “I’m truly heartbroken by this news. June Brown OBE, MBE, was an amazing woman and a truly wonderful actress. I shared many scenes with her over the years and she was always someone I looked up to and learnt from. There will never be another June Brown and I’m sending all my love to her family.”

Adam Woodyatt, who played Ian Beale in the soap for over three decades, said: “I’m lost for words, something June never was.

“So many memories, so much fun. Just purely and simply an incredible woman who had the most incredible life and career, I was fortunate to have shared a small part of it. They never made you a Dame (we did try), but to me you will always be Dame Brown.”

She first arrived on the scene at Albert Square in 1985, only weeks after the soap began. She quickly became popular and therefore remained as a regular until 1993. Brown then returned in 1997 and continued her role as Dot until 2020. She revealed her exit from EastEnders during a podcast with a former co-star.

Some of her most iconic storylines feature issues regarding cancer, euthanasia, and homophobia. In 2002, her popularity grew after Dot famously wed Jim Branning, played by John Bardon. However, it was her relationship with her rebellious son, Nick Cotton, played by John Altman, that would catch the eyes of millions of viewers across the UK.

Brown was a mother of six, born in Suffolk in 1927. She suffered heartbreak very early in her life when she witnessed her younger brother, John Brown, die at just 15 days old after he suffered from pneumonia. Only a couple of years later, June lost her older sister, Marise Brown, to meningitis. However, she remained strong during these tough years of her life.

June Brown was an intelligent young lady, gaining a scholarship to Ipswich High School. She went onto serve in the Women’s Royal Naval Service towards the end of the Second World War and when the war had finished, she worked as a cinema operator. She gained a place at London’s Old Vic Theatre School where she met her first husband, John Garley, who took his own life in 1957 due to depression. They had found great companionship and his death did not de-rail her professional career.

June Brown featured in various films and shows during the early years of her career including Coronation Street (1970-71), Doctor Who (1973-74), The Duchess of Duke Street (1985) and Oliver Twist (1985) before she set foot in Albert Square.

How to Make Your Home More Zen