Is Vegetarian food on your menu?

Not putting vegetarian food on the menu is putting a whopping £1.8bn worth of catering businesses at risk, reveals the Vegetarian Society 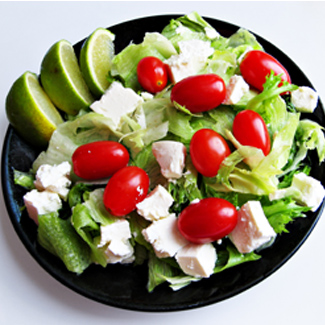 Vegetarians account for nearly £2.5bn worth of food eaten outside of the home each year, at restaurants, cafes and workplace canteens but three quarters of them are unhappy with what vegetarian food, if any, is on offer.

The Big Veggie Survey showed that lack of choice when eating out was the biggest difficulty veggies faced in relation to their chosen diet, with 75 per cent of vegetarians indicating that it was a problem.

Asked to further indicate what the most important issues were when eating out, respondents to the survey listed ‘knowing staff understand what it means not to eat meat and that a meal is truly vegetarian’ and, according to Liz O’Neill from the Vegetarian Society, they have a point.

Liz O’Neill says, ‘Contrary to popular opinion, the Big Veggie Survey showed that only 3 per cent of self-declared vegetarians eat fish. However, past research commissioned by the Vegetarian Society revealed that 85 per cent of vegetarians have been offered fish as a vegetarian choice, when eating out. If restaurants can’t even get that kind of thing right then vegetarian customers are right to be concerned.’

National Vegetarian Week is held from 21-27th May.

The perfect cup of coffee? It’s easier than you think