Renowned chef and restaurateur, Mark Hix is widely recognised as the reviver of modern British cuisine. With the success of the BBC’s Great British Menu and with 10 cookbooks under his belt, Hix has taken the gastronomical world by storm with his love for simple yet bold flavours 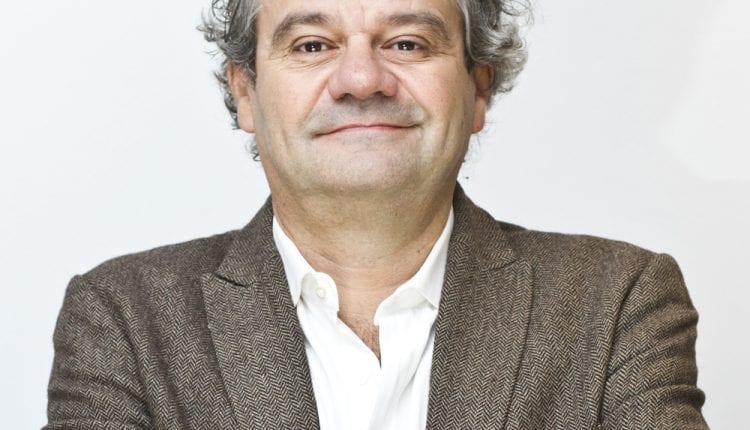 Q. Tell us a little bit about the Kitchen Library dinner series—what motivated you to launch it?

MH: The Kitchen Library dinners are a series of intimate suppers held throughout the year at my Kitchen Library—my own personal kitchen hidden away at the back of my Tramshed restaurant in Shoreditch, east London. I wanted to use this space to do a series of dinners with chefs and friends which highlight a diverse range of cuisines whilst also championing the best of British produce and drinks.

Q. Are there any chefs you’re particularly looking forward to seeing cooking? What influenced your choices when it came to picking the chefs for the series?

MH: Most of my guests are also my close friends and I’m really looking forward to cooking alongside these fantastic chefs. It’s great to be able to share the stage with some of the best this country has to offer.

Q. What marks a chef’s table out from a conventional dining experience in a restaurant?

MH: These one-off dinners are an evening of great food, company and conversation. With only 12 seats around the kitchen bar, the places at these suppers are very limited. The result is an atmosphere reflective more of a dinner party than a formal sit-down restaurant dinner.

Q. What do you think will be the highlights of this year’s Food Rocks?

MH: The area is thriving with great food and drink producers. The festival started out as a celebration of these producers and also to give something back to the community. We’re now in our fifth year and our lineup is better than ever. The main attraction will no doubt be the demo stage where I’ll be cooking alongside top UK chefs and friends such as Russell Norman, Richard Bertinet, Rose Prince, Richard Golding and many more.

Q. In your opinion, what marks out a good food festival from a bad one?

Celebrate the Spectacular Ladies in Your Life With Popular…

MH: Food Rocks is a little different to your regular food festival. The pleasure is in supporting the local community and making everyone aware of what goes on in both the ocean and on the land and supporting the community.

It’s a great way to raise and donate money to the local and national charities like the Fishermen’s Mission, the RNLI and the Blue Marine Foundation and make people aware of the ocean, fishing, sustainability and how every penny can help support families involved in fishing tragedies, rescues and saving marine life. We’ve a strong schedule of chefs and producers—this changes, but most regularly this includes the likes of Angela Hartnett, Russell Norman, Mitch Tonks and some other friends from the industry.

Q. What are the challenges in launching and running a festival such as Food Rocks?

MH: The festival is a great thing to promote local producers and businesses and great for local tourism and bringing people to Lyme. We’ve been very lucky in that each year Food Rocks grows with new producers getting on board and new local talent joining in the festival. This in turn makes each year more exciting, giving people a reason to return every year.

Q. Enjoying freshly cooked local crab and mackerel will be one of the highlights of Food Rocks—what are your favourite ways to cook them?

MH: I was brought up on crab. My dad’s friends would bring them to our house in Dorset and my gran would cook them up and make sandwiches with the meat, so in my mind, you can’t beat freshly-cooked crab accompanied by some good mayonnaise with brown bread and butter.

As for mackerel, it’s regarded by some as a second division fish, however when it’s really fresh I feel it has one of the best tastes of all. I think it’s one of the best for eating raw or as sashimi. I normally carry some wasabi and soy in my fishing bag for just such occasions.

Q. What are your best tips for cracking and picking a crab?

MH: Perhaps because I was brought up by the seaside, I prefer to tackle the crab whole myself armed with crackers, a finger bowl and a glass of white wine.

To get the meat out of the crab, twist the legs and claws off, then crack them open and remove the white meat with a lobster pick or teaspoon. Now turn the main body on its back and twist off the pointed flap. Push the tip of a table knife between the main shell and the bit to which the legs were attached and twist the blade to separate the two; then push the body up and remove from the outer shell.

Scoop out the brown meat in the well and put to one side. On the other part of the body, remove the dead man’s fingers (these are the feather-like, grey gills attached to the body) and discard. Split the body in half with a heavy knife and then cut each side in half again. Now you need to be patient and pick out the white meat from the little cavities in the body, again using a lobster pick or a teaspoon.

Go through the white and brown meat separately to make sure there are no residual bits of shell.

Q. The festival will showcase some of the best Dorset produce: in your opinion, what makes ingredients from this area so special?

MH: Since I left Dorset some 30 or so years ago I’ve watched it grow and become a part of our British food tradition with all sorts of producers making their names and becoming national treasures —producers such as Black Cow and the Somerset Cider Brandy Co. all had their start here.

MH: Dorset is thriving with artisan and craft producers, there’s too many to mention in this short space.

Q. Arguably, we have never been as engaged with food as we are now.

British food has put itself on the global map. Would you agree with this? If so, why do you think it is?

MH: If you’d asked people what British cuisine was 20 years ago, they would have said things like steak and kidney pie. Now, with all of the great produce on our doorstep, British food could be something like baked seabass with rosemary, or crayfish and brandy—dishes that haven’t been traditionally seen as ‘classic’ British dishes. I’m proud to have been part of its revival.

Q. What food trends do you love?

MH: One ‘trend’ I’m a fan of is the move towards simplicity which has been happening for a few years now and it isn’t going away anytime soon. I think it reflects the more basic way that people want to eat out these days. It definitely makes sense for chefs.

Q. Are there any native British ingredients that you think are overdue a revival?

MH: Oysters. They’re a unique and quintessential piece of British food heritage. I’m hosting a one-day event at HIX Oyster & Chop House—my restaurant in Farringdon—which will both showcase and celebrate this versatile and truly British ingredient.

Q. Are there any new British chefs working today that you’re particularly excited about?