From watching tigers in the wild, to the iconic Taj Mahal, India is one of the most exciting and rewarding travel destinations in the world 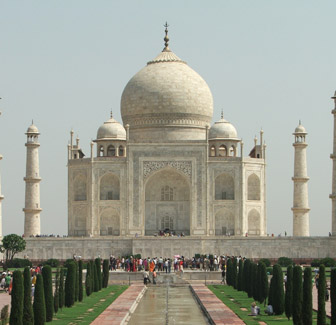 The experts at Cox & Kings have travelled extensively throughout this diverse country and have the following recommendations for travellers thinking about planning a trip to India:

Tigers in the wild:
To experience the wildlife of India, Cox & Kings recommends a visit to two of the country’s finest national parks in central India: Bandhavgarh and Kanha.
Bandhavgarh is located in the heart of India and has one of the highest densities of tiger populations in the country. The reserve features large grassland meadows that offer good chances of tiger sightings and the park is home to a variety of other mammals, including leopards, Indian bison, hyenas and wild dogs, as well as an estimated 150 bird species.

Kanha is one of India’s largest national parks. Its lush bamboo forests and green meadows provided the inspiration for Rudyard Kipling’s Jungle Book. Along with elusive Bengal tigers, an incredible 22 animal species are regularly spotted here, including leopards the highly endangered hardground barasinghas, a type of deer and the unusual three-striped palm squirrel. With a staggering 200 recorded bird species, Kanha is also a bird watcher’s paradise.

Bustling Bollywood:
The west of India is dominated by the vibrant city of Mumbai, considered by many to be the cultural capital of the country and where visitors can explore Bollywood, the many designer shops or experience the city’s charismatic street life. Located to the north, are the Ellora Caves, hugely impressive Indian rock-cut architecture and the Ajanta Caves, masterpieces of Buddhist religious art.

Himalaya:
The enchanting beauty, bracing climate and vibrant greenery of the Himalaya make this one of the most striking places in India and a soothing antidote to the hustle, bustle and heat of some of India’s livelier cities. The region’s vast panoramas are dotted with villages and hill stations and mountain slopes covered with rhododendron and teak forests. The famous towns of Shimla, also known as the summer capital of “British India” with its graceful colonial buildings and promenades, and Dharmsala are both set against the stunning Himalayan backdrop and are perfect bases for walking tours and exploration of a very different side of India.

Charming Kerala:
Beautiful and tranquil, the southern Indian state of Kerala offers travellers another completely different experience and is characterised by meandering rivers, rice fields, spice plantations, verdant hills and palm-fringed beaches. This gently paced region includes some of the most captivating areas, including the charming port city of Kochi (Cochin) and backwaters explored best by boat for a wonderful glimpse into sleepy villages and rural life.

Southern India also includes some superb temple architecture, particularly in Tamil Nadu, including the Meenakshi Temple at Madurai and the shore temples of Mahabalipuram, both Unesco-protected sites.

Taj Mahal:
The Taj Mahal is India’s most famous monument; built by Mughal emperor Shah Jahan in loving memory of his third wife, Mumtaz Mahal. Located in Agra, it is widely recognised as one of the finest examples of Mughal architecture; a style that combines elements of Persian, Turkish and Indian architectural styles. In 1983 the Taj Mahal became a Unesco World Heritage Site. While the domed white mausoleum is the most familiar image of the Taj Mahal, it is actually an integrated and beautiful complex of buildings. The construction began around 1632 and was completed around 1653, employing thousands of artisans and craftsmen. Many first-time visitors to India head for Agra and the ‘Golden Triangle’, where in a week you can see the Taj Mahal, explore Delhi, both ancient and modern, and discover the beautiful forts and palaces of Jaipur.

Experience a Different Kind of Magic at a Disney Nature…

Viva Argentina: From wine tasting in Mendoza to tango in…

Visit Edinburgh on a budget