Increase your intelligence with brain food

Eating certain things can actually help with our intelligence, but what brain food should you be putting in your shopping basket? 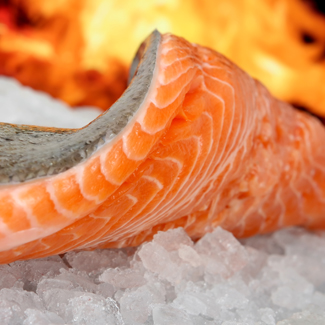 Pulses
Your brain is thought to be glucose-dependent, but instead of indulging in sugary foods, eat a diet rich in pulses such as lentils and chickpeas. Pulses, such as these, are great as brain food.

Bananas
If you ever find yourself getting stressed, then take a moment to snack on a banana. Rich in magnesium, bananas help the transmission of nervous impulses. Bananas are also a way of quickly building up your energy.

Red berries
Although it is often recommended to eat an orange to get Vitamin C, berries, such as blackcurrants, strawberries and raspberries, actually contain three times as much concentration in Vitamin C.

Shellfish
Rich in Vitamin B12, shellfish is described as a ‘therapeutic weapon’ by some health experts for its benefits on the body. Shellfish is also thought to help fight anxiety, mental fatigue and nervous disposition.

Eggs
Whether it’s poached or boiled, eggs are full of amino acids which are thought to help a person’s memory.

Spinach
A famous snack of cartoon character Popeye for his ever growing muscles, spinach is actually better for increasing your memory as it is rich in Vitamin B9.

How a packed lunch can save you money at work