Mental health provision for children in the UK is worryingly inadequate. What can be done to improve the situation? 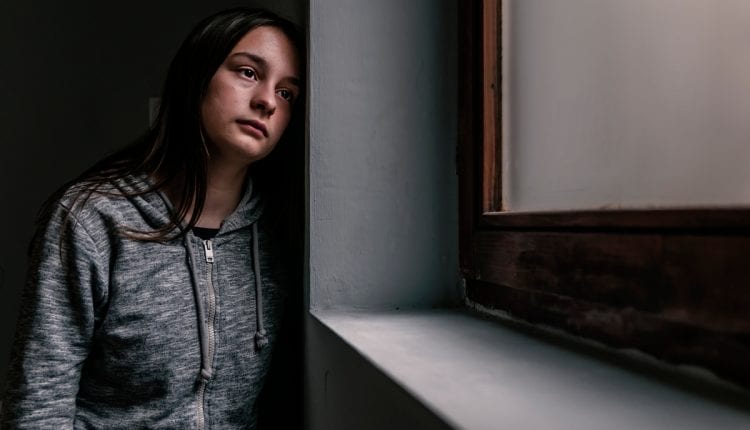 Children and young people with mental health issues are being turned away from NHS services and up to 110,000 are missing out on treatment in a year, according to recent  figures from The Children’s Society.

The report,  Finding Help—Children, Young People and Families Navigating the System, was based on Freedom of Information responses from 26 mental health trusts across England. Worryingly, it estimates that up to 110,000 10-17 year olds seeking help are being turned away because their problems were not deemed ‘serious’ enough. This means that due to high treatment thresholds many young people may never have their needs addressed and are more likely to reach crisis point.

We all hear about the stresses of modern life and how they impact children—online bullying, exam stress, social pressures and fear of violence are in the news constantly. But it seems that there are rarely any solutions offered. Compound that with parents unsure how to help, schools unable to take responsibility and the NHS overburdened and under-resourced, and you it’s clear how this is quickly becoming a crisis.

The Children’s Society report found that a third (32 percent) of parents of children between the ages of 4 and 17 said their child had been affected by a mental health issue in the last year, and 2 in 5 of those parents had sought help but not received any support. Many of these children, the report suggests, will likely have had problems with their emotional and mental health that were not diagnosable conditions or would not have met clinical thresholds, but parents were still concerned about these issues to report them in the survey or seek help.

Two in three parents (64 percent) surveyed said that if they were concerned about their child’s mental health they would initially go to their GP to seek help.  However, due to high thresholds for Child and Adolescent Mental Health Services (CAMHS) they may not qualify for treatment. Just under a third of parents were unaware if counselling was available in their child’s school.

For those children with the most serious needs, NHS waiting times remain stubbornly high, with children waiting the equivalent of a school term, an average 12 weeks (or 83 days), from referral to treatment, when the current waiting time standard is four weeks. The report found in some areas children experiencing issues such as anxiety, depression and self-harm are having to wait much longer—up to 364 days from referral to first treatment.

The Government is piloting more mental health support in schools, but as little as one fifth of the country will benefit from the planned pilot schemes, meaning the current “postcode lottery” will continue for the foreseeable future.

Sam Royston, Director of Policy and Research at The Children’s Society, said: “It’s a scandal that so many children and young people are suffering with their mental health are not getting the support they need, either by being deemed too well for treatment, having to wait many months, or having no early intervention alternatives available, meaning they are likely to become more unwell and hit crisis point.

“The NHS estimates that one in eight children are experiencing mental ill health, but we see that as many as one in three parents have been worried about their child’s mental health over the last year. Families are reliant on their GP and schools for help but a third of parents don’t even know if their school can offer any mental health support so are often going to the wrong places, getting rejected because they aren’t meeting treatment thresholds and are receiving no further advice or guidance.

“For those young people with the most serious need, NHS waiting times for CAMHS remain shockingly high and we urge the government to ensure all children and young people can get immediate help when they need it—at their school or at a local community drop-in centre—so they have an opportunity to talk about how they are feeling and not made to suffer in silence.”
See Also: Boost Your Mental Health

Earlier in the year, the government announced a package of support with the aim of overhauling approaches to preventing mental illness, “building on record investment in mental health services”. According to the plan, teachers will be trained in how to spot the signs of mental health issues, and there will be better access to education, training and support across communities as part of an overhaul of society’s approach to mental illness. The announcement said:“Schools, social workers, local authorities and healthcare services will receive extra support to make sure people know how to promote good mental health in the same way that they look after physical wellbeing. These measures include:

In a statement, the Prime Minister said: “Too many of us have seen first-hand the devastating consequences of mental illness, which is why tackling this burning injustice has always been a personal priority for me. But we should never accept a rise in mental health problems as inevitable.

“It’s time to rethink how we tackle this issue, which is why I believe the next great revolution in mental health should be in prevention. The measures we’ve launched today will make sure at every stage of life, for people of all backgrounds, preventing mental illness gets the urgent attention it deserves.

“Further plans to drive a step-change in public awareness around looking after your mental health include a new national awareness campaign called Every Mind Matters, launching in October. From 2020 parents will also get access through the campaign to targeted advice on how to deal with issues like stress, online bullying and self-harm.

See Also: How To Help A Loved One With Depression

As part of this prevention agenda, the Prime Minister also announced:

“This announcement, mostly a re-packaging of previously announced measures, does have some welcome additions. The training for new teachers is particularly welcome although it is a shame that the prime minister has not also included existing teachers.

“The focus on social workers is a very positive addition, as children living with the consequences of abuse and neglect are especially at risk of mental ill health and in recent years very little has been done to address this. However, just because teachers and social workers will be able to “spot the signs”, it does not mean they will have the resources and support to do anything about it, especially given the massive cuts to funding available for children’s services.

“From our own research we have found that a third of parents think their child might have a mental health challenge, so the new prevention campaign is encouraging, but much more needs to be done to help parents know what is available in their local are as many parents don’t know if their child’s school has access to counselling.

“Prevention of mental ill health should always be a priority given that mental ill health is often rooted in childhood. The Government must commit to properly measuring the well-being of our children, and ensure every child has easy access to early help services in their community, if we are truly to prevent today’s children from living with mental ill health in the future.”