Live to 100 provides the ultimate checklist of the vaccinations that are routinely offered by the NHS and the ideal age at which they should be given. 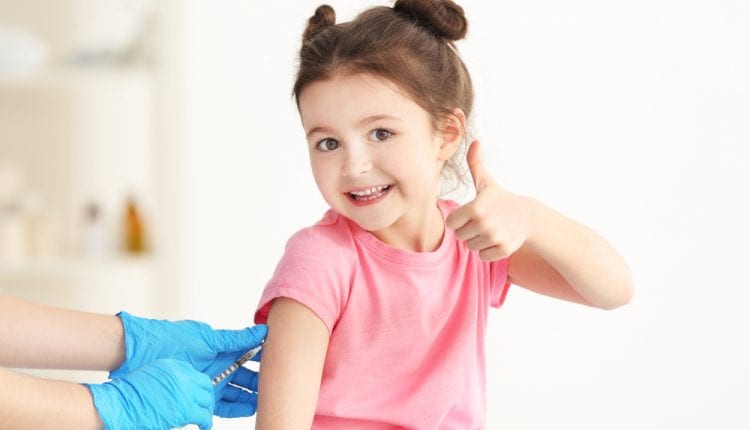 Vaccines are essential to promoting the health and wellbeing of the overall population and preventing outbreaks of illness. They work by providing our body with active immunity—protection against diseases that are produced by our own immune system. This form of protection can be made of inactivated organisms and toxins. Individuals should ensure to get all vaccinations delivered on time for maximum protection.

The 6-in-1 vaccine—which protects against diphtheria, tetanus, whooping cough, polio, Haemophilus influenzae type b (known as Hib) and hepatitis B—is usually given as a single jab to babies aged just eight weeks. Other vital immunisations for this age group include the pneumococcal (PCV), rotavirus and MenB vaccines.

At 12 weeks, babies are usually administered the second dose of the

6-in-1, PCV and rotavirus vaccines.

At this stage, babies are given a third dose of the 6-in-1 vaccine and the second dose of the PCV and MenB vaccines.

Biting Bugs: All You Need to Know About Midges and…

VE Day: Teaching Kids its Meaning on the 75th Anniversary on…

A third dose of the PCV and MenB vaccines are administered along with the measles, mumps and rubella (MMR) immunisation given as a single jab. Babies aged one are also given the fourth dose of the Hib vaccine as well as a first dose against meningitis C.

Children aged two to eight are offered a yearly flu vaccine that is administered as a nasal spray. As well as protecting against the flu, it also helps prevent potentially dangerous complications arising from the flu like bronchitis and pneumonia. This immunisation will usually be administered at a local doctor’s surgery by a practice nurse.

Girls aged between 12 and 13 are given the human papillomavirus (HPV) vaccine, which protects against cervical cancer, over two injections given six to 12 months apart. This vaccine is especially important—over 99 percent of cases of cervical cancer are caused by HPV.

Adolescents aged 14 will be given a single jab—called a 3-in-1 booster—containing immunisations against diphtheria, tetanus and polio. The MenACWY jab against meningitis types A, C, W and Y is also administered.

The pneumococcal (PPV) vaccine is the most common jab given to seniors aged 60. It protects individuals from dangerous and potentially fatal pneumococcal infections that can lead to pneumonia, septicaemia, brain damage and meningitis. Over 60s will only need a single vaccination—it is not given annually like the flu jab.

Seniors aged 65 years and over are eligible for a yearly flu jab on the NHS. Individuals in this age group are considered ‘at risk’ as they are more likely to develop complications of flu such as pneumonia. Flu jabs will be administered in local pharmacies, doctor’s surgeries and midwifery services (for pregnant women).

The shingles jab, a vaccine to prevent the common skin condition, is available on the NHS to certain people in their 70s. This vaccine is also necessary at ages 78 and 79 as a catch-up. The immunisation stops being available for free on the NHS for individuals aged 80 or over.

In some cases, there are vaccinations available to ‘at risk’ groups that aren’t available to everyone on the NHS. These include the flu jab and whooping cough vaccine for pregnant women. People with long-term health conditions and individuals with weakened immune systems are also entitled to the yearly flu jab on the NHS. In certain cases, the chickenpox vaccine and the tuberculosis jab are also administered to certain ‘at risk’ groups

Give Your Body a Body MOT