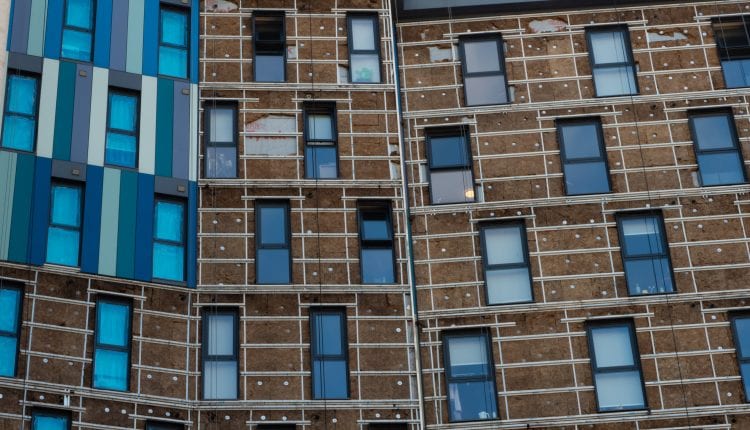 A wave of Conservative MPs are backing an amendment to the Fire Safety Bill intended to protect leaseholders from the costs of removing dangerous cladding from high-rise flats.

More than 20 Conservative MPs have now put their names to the McPartland-Smith Amendment to the Fire Safety Bill which was launched in March 2020.

See also: How You Can Build Fire Safety Into Your Home

However, the government opposes the amendment and there is currently not enough support for it to pass.

The Bill, intended to promote fire safety in blocks in the wake of the Grenfell Tower incident, is an amendment to the 2005 Fire Safety Order, and is aimed at ensuring that building owners are responsible for fixing defects both internal and external.

This leaves tens of thousands of leaseholders unable to sell properties in buildings with potentially dangerous cladding, and unsure as to whether they will be asked to foot the bill for repairs. In some cases building owners are passing on to leaseholders costs of replacing cladding which can run into millions of pounds.

It was reported in November 2020 that leaseholders living in a development in Manchester are facing potential bills of £100,000, nearly 45 percent of the original cost of their homes, despite the cladding materials on the buildings being compliant with fire safety regulations.

A report concluded that base building defects and defective fire cavity provisions meant there was no protection against flames or hot gases entering the properties, and that these defects needed to be remediated immediately. But the report also stated that the materials in the buildings’ cladding system are compliant, with the cladding made from solid aluminium and the insulation from mineral wool. As cladding is not an issue, property manager Hadrian Property Management cannot apply for funding from the government’s £1bn Building Safety Fund.

A survey of 550 affected leaseholders carried out by the UK Cladding Action Group (UKCAG), found that 14.5 percent of had suicidal thoughts, and 8 percent have felt compelled to self-harm. More than three-quarters (77.8 percent) of respondents said their mental health has been “hugely affected” by the cladding issues they face.

The survey was sent to people who live in buildings with dangerous cladding that needs to be replaced, as well as those who have been unable to sell their homes as a result of concerns over cladding.

See also: How To Brighten Up Your Home With New Flooring

In many cases, responsibility for renovation works is unclear as the original builders have gone out of business, but the amendment to the Fire Safety Bill, launched by Stevenage MP Stephen McPartland and Southampton MP Royston Smith, suggests a change to current legislation such that the costs of historic work will not be passed on to leaseholders.

Other leaseholders are finding themselves having to pay for 24-hour fire wardens, with costs which can run into thousands of pounds a month.

Stephen McPartland is urging leaseholders to write to their local MPs to lobby them to support the bill, and hopes to secure backing from at least 40 MPs.

The government has provided £1.6b of funds to support work to remove unsafe cladding, but housing industry experts argue that this is nowhere near enough to solve the problem, and that £15b may be required.

Official figures show there are currently 300 towers with ‘Grenfell-style’ cladding still awaiting work to make them safe, estimated to contain up to 23,600 flats. But this accounts only for those towers that have the ACM cladding system, not the many more, perhaps 1,700, that have other potentially dangerous cladding systems including timber, high-pressure laminate and polystyrene cladding and insulation systems.

TV property guru and Property & Home guest editor Martin Roberts says: “I have been asked about this many times on my online property clinic #askmartinmonday, and my heart really goes out to people in this situation. We’re talking about hundreds of thousands of people unable to move or remortgage through no fault of their own. The huge backlog of checks, the number of blocks that need remedial work, the possibility of leaseholders having to pay to sort out the problems, and the fact that they can’t mortgage the properties without safety certificates is a pretty terrible situation. The solution has to be government intervention. My only advice is to group together so your voice can be heard.”

See also: How to Improve Your Home With a Kitchen Makeover

Since the Grenfell Tower fire in 2017, the government has said that the cost of fire safety work should not be passed on to leaseholders, but in October 2020, building safety minister Lord Greenhalgh said that leaseholders could not be protected from all costs, but that the government would try to make costs “affordable”. This may be through a long-term loan mechanism, an idea which has been rejected by leaseholders.

Other amendments to the Fire Safety Bill have been proposed by Liberal Democrat peer Baroness Pinnock and Liberal Democrat MP Daisy Cooper, and the All-Party Parliamentary Group on Leasehold and Commonhold Reform has written to the government calling on it to provide more financial support for leaseholders caught up in the cladding issue.

Other measures included in the Fire Safety Bill include regular lift inspections and reviews of evacuation plans, personal evacuation plans for residents ‘whose ability to evacuate may be compromised’, regulations covering individual flat doors, and additional inspection powers for the Housing Secretary.

In November 2020, Liberal Democrat peer Baroness Pinnock tabled amendments to the Bill saying: ‘Currently freeholders are passing on the remediation costs needed following the Grenfell tragedy, leaving many with the choice of either facing bankruptcy as they’re forced to pay huge fees, or selling their home for a lot less value due to the work needing to be done.

‘The vote today has seen not only the Liberal Democrats’ plans to ban these outrageous costs succeed, but so have the party’s plans to introduce a register to ensure homes receive a fire safety rating to introduce desperately needed accountability and transparency into the system.’

See also: How to Win at Property Auctions

In a letter sent to all MPs, Stephen McPartland and Royston Smith wrote: ‘The government has done its best, but it has been over three years and they are not tackling all the issues. There are lots of options and solutions to support the millions of leaseholders that are being left behind in our constituencies and we are working with the UK Cladding Action Group (UKCAG) to urge the government to support leaseholders.’

Mr McPartland added: ‘Leaseholders are the innocent parties in this nightmare and they should not have to pay. There are lots of possible solutions and the secretary of state has to sit down and work with us to end the cladding scandal. He needs to get out of his ivory tower, stop talking and start actually helping the millions of leaseholders being left behind.’

Mr Smith said: ‘Of all the organisations and people who bear some responsibility, the ones who don’t are the innocent leaseholders. It was government legislation and regulation which allowed this to happen, so it falls on government to find the solution. Developers, funders, architects – whoever designed and built these blocks share the responsibility to find a solution, but it should not fall on those who carried out their due diligence (conveyancing) but have found themselves caught in this immoral trap. The government has tried. But they have not yet done enough.’

So far the government’s response has been that Fire Safety Bill amendments are ‘the wrong mechanism for changes to historic costs’, suggesting the Building Safety Bill is more suitable to deal with the issue. A statement said: “Our priority is to remove unsafe materials as quickly as possible, which is progressing well – backed by £1.6bn of funding. We are considering options to fund future remediation, working with stakeholders, including leaseholders, and the finance industry, and we will set out further details in due course.”

If you want to back the McPartland-Smith amendment to the Fire Safety Bill, you can write to your MP using a template letter found on the UK Cladding Action Group Facebook page here.

You can find your MP and their contact details here: https://members.parliament.uk/FindYourMP

UKCAG’s templates can be downloaded here – just copy and paste it into an email, change the bits in red and click send.

Eat Yourself Healthy With A Whole Day of Instant Pot® Recipes