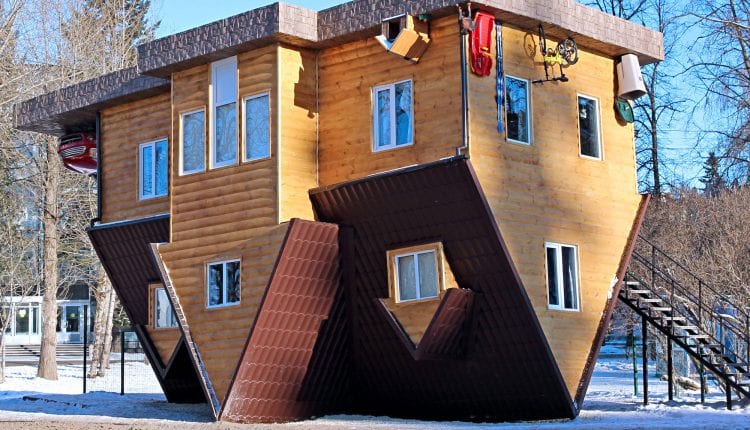 Currently, base interest rates are at 0.1 percent, considered to be as low as they can practically go. Savers are used to the idea of getting practically no returns on their deposits, while borrowers are used to getting cheap loans.

As it can’t cut interest rates much more, to stimulate the economy the Bank of England has been using quantitative easing – basically printing money and using it to buy government and private sector securities, or to lend directly or via banks to pump cash into the economy.

See also: How Kitchen Design is Setting the Style

But this can’t go on forever. Pension funds or other investors are not eligible to keep reserves at the central bank, and of course banks hold a finite amount of government bonds. Therefore quantitative easing cannot be continued indefinitely.

So is negative interest an alternative? The Bank of England sparked interest in the question when it asked lenders how they would cope logistically if negative interest rates were imposed – so obviously someone is considering the idea. Though it’s never been tried in the UK, there is precedent in other countries such as Japan, Sweden and Denmark.

In other countries there have been cases of below-zero mortgage rates, including a home loan charging minus 0.5 per cent in Denmark. Jyseke Bank became the first bank to offer a mortgage with a negative interest rate of -0.5 percent last year. The Danish bank does not pay borrowers a cheque in interest payments every month, but instead knocks the amount off the debt – for example, on a £100,000 mortgage the debt would fall by £500 in the first year, even with no repayments.

See also: Where Are the Property Hotspots for 2020?

So how would negative interest rates work and what would they be intended to do?

Eleanor Williams from Moneyfacts said: ‘Should we move into the territory of negative interest rates, there is the potential that we could see savings rates fall further and possibly holding accounts that charge in the future, and even some savings accounts could go down this route – a little like how some current accounts charge a fee.’

It sounds insane, and in the real world it might never happen. Though bank customers are used to paying charges on current accounts, no-one would put up with having to pay charges on a savings account. Consumer experts say that if this did happen, people would just take money out of banks and put it ‘under the mattress’.

But in the arcane world of inter-bank lending, it’s a distinct possibility. There, the effect of negative interest rates would be to make it harder for smaller banks to earn interest by squirrelling their money away with the Bank of England; instead they would be induced to lend it out, with the result of stimulating the economy.

The Bank of England’s Governor Andrew Bailey said there are no immediate plans to cut rates below zero, but admitted that the Bank is reviewing whether to implement negative interest rates which he previously described as implausible. The option, he said, would be a reflection of the severity of the coronavirus crisis.

In a Press conference, Andrew Bailey said: “We are doing the assessment of the case for bringing (negative interest rates) in as a tool – not necessarily to use but to put them in the toolbox. It is not part of the current decision set.

“We are assessing the case for negative rates in this country. We haven’t ruled anything out.

“It is not a decision that is in any sense imminent. It is work we need to do.

“We are having to take that evidence [from overseas] and assess the pros and cons of it.

“Were we to decide that it should be in the decision there would be important questions about implementation and about communication.”

In theory, a negative interest rate could be good news for mortgage borrowers, as it would be likely to result in a lower repayment rate.

For example, if you have a 25-year mortgage and paid negative interest rates, at the end of the term you would have repaid less than the original amount you borrowed. In theory, a mortgage borrowers would still make monthly payments, but the outstanding amount would reduce each month by more than the homeowner has paid.

In practice, the small saving borrowers make on a negative interest mortgage would probably be wiped out by loan fees and closing costs.

One thing seems sure – the Bank of England is probably justified in worrying that the banks’ IT systems would not be able to cope with the baffling consequences of negative interest rates.

Why Taking a Mortgage Holiday Could Affect Your Credit Rating