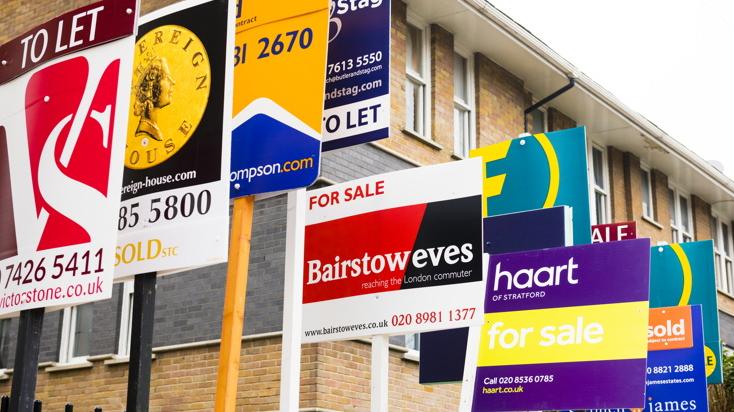 It’s official – the UK is in recession. The economy has suffered its biggest slump on record between April and June, as measures to control coronavirus pushed businesses to the brink. So why does the property market seem to be strangely buoyant?

The UK economy shrank 20.4% compared with the first three months of the year, with household spending declining as shops were forced to close. Factory and construction output also fell, resulting in two consecutive quarters of economic decline, the official definition of a recession.

The first recession since 2009 seemed inevitable after the double whammy of Brexit uncertainty and COVID-19 lockdown. But the jobs crisis resulting from company closures had ben staved off for some time by the government-funded furlough scheme. As this comes to an end, unemployment figures seem sure to rise, another contributor to economic recession.

Even though the Office for National Statistics (ONS) said that the economy started to recover in June as government restrictions on movement eased, gross domestic product (GDP) in June still remains a sixth below its level in February.

So it may come as a surprise that the property market is booming, with demand high, supply low and sellers very much in control.

The Halifax reported that house prices leapt to a new high in July, in a “surprising spike” after the market was put on pause earlier this year.

The market had been sluggish since the Brexit vote, with a shortage of property for sale, and it took some time to reopen after restrictions on estate agents and movers were imposed earlier this year as part of the coronavirus lockdown. But now Russell Galley, managing director of Halifax, says: “Following four months of decline, average house prices in July experienced their greatest month-on-month increase this year, up 1.6 per cent from June and comfortably offsetting losses in 2020.

“The average house price in July is the highest it has ever been since the Halifax house price index began, 3.8 per cent higher than a year ago”.

But all is not nesessarily rosy in the property market, with experts warning that a ‘second wave’ of coronavirus could put paid to the pent-up demand from the first lockdown.

“A low supply of available homes is helping to exert upwards pressure on house prices” said Russell Galley. “Supported by the government’s initiative of a significant cut in stamp duty, and evidence from households and agents suggesting that confidence is currently growing, the immediate future for the housing market looks brighter than many might have expected three months ago. However, looking further ahead, there is still a great deal of uncertainty around the lasting impact of the pandemic.

“As government support measures come to an end, the resulting impact on the macroeconomic environment, and in turn the housing market, will start to become more apparent.”

Estate agency Hamptons says that around a third of properties sold in the last month were subject to bidding wars, and properties are selling for 98.6 percent of asking prices, which Hamptons says is a record high.

See also: Add a Little Mosaic Sparkle to Your Tiling

But the worry is that all this will grind to a halt if the 9.5m workers being kept secure by furlough payments find themselves joining the line of 730,000 jobseekers who became unemployed in the last four months.

Certainly lenders are beginning to be more cautious about granting mortgage applications, and are particularly hesitant to lend to first-time buyers with low deposits, the furloughed or the self-employed. Despite this, Hamptons has reported a 45 percent increase in inquiries from first-time buyers compared to last year.

The question is whether the current property market boom is an economic one, or a psychological one sparked by people being desperate to move home after being locked down for so long.

What is entirely unpredictable is what long-term effects lockdown might have on the property market. One suggestion is that a boom in home working will feed demand for comfortable out-of-town homes rather than smaller city dwellings.

A survey by insurer Direct Line reported that one in seven home workers, some 2.3m million people, think that they will never return to full-time office working, while more than nine million think they will work from home at least some of the time. This may prompt people to move quickly, rather than wait for the market to fall.

A break may come when the stamp duty holiday finishes at the end of March 2021. Once this incentive has gone, the property market may not feel so supercharged.

With interest rates at record lows, anyone with a high level of equity should be in a position to take out a loan and buy high-end property.

As measures to control coronavirus push businesses to the brink, what no-one can say for sure now that it’s official that the UK is in recession, with the economy suffering its biggest slump on record between April and June, is will the property market continue to be strangely buoyant?