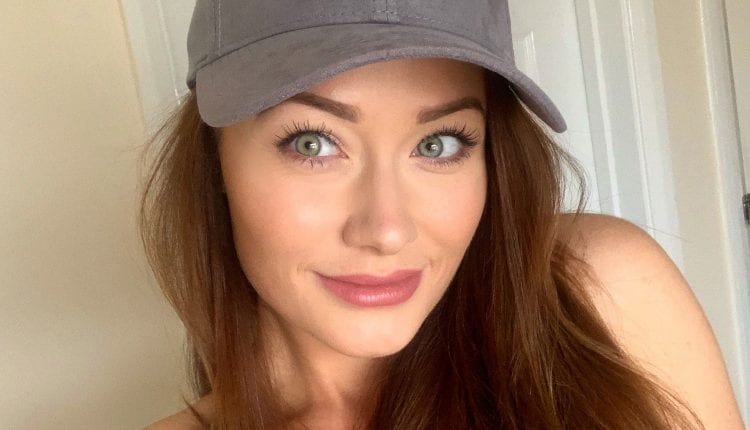 Actress and reality TV star, Jess Impiazzi, has learned to seek the silver linings where she can, and her memoir, due for release by independent publisher Hashtag Press in November 2020, in time for Christmas, reveals the raw truth behind the sparkle and glamour of life on the big and small screens.

In her memoir of celebrity, depression and heart-breaking moments, Silver Linings, Jess Impiazzi explains how when one door closes, and another plan is derailed, it’s time to seek out the ‘silver linings’ and step up to the challenge.

Jess Impiazzi’s journey of self-discovery, hard lessons, heart-breaking moments, self-care and openness to transformation make for a raw, authentic and inspiring story about how to follow dreams, overcome challenges and celebrate kindness in many forms.

Living through anxiety, depression and attempted suicide, pursuing a career in acting and negotiating the good, the bad and the ugly of life in the limelight, Jess finds happiness working as an active ambassador for the Guide Dogs for the Blind Association.

Jess is now a regular on the small and big screens, but the journey to where she is now, at 30 years old, has been far from straightforward. Having been accepted into the Italia Conti drama school, Jess’s acting dreams were derailed when, aged 17, her mum became blind and Jess stepped in as her primary carer. Jess now champions the rights of the visually impaired with the Guide Dogs for the Blind Association.

Jess writes movingly, openly and with humour about her depression, her time in front of the camera as a model and on popular television shows and films. We learn what it really takes to get through the myriad auditions and what actually happens behind the scenes of reality TV – and what happens to the stars once the show ends.

In Silver Linings, Jess opens up about how she faced major life challenges including depression, supporting her alcoholic father, losing her 13-month-old nephew to meningitis while in her care, Jess’s mum’s sudden blindness, being betrayed by her ex-husband, and mental health issues including depression and anxiety.

Co-Director of Hashtag Press, Abiola Bello, says: “Having watched Jess on
various shows and read articles about her life, work and relationships, I was interested to read about what happened behind the scenes, away from the spotlight, to a woman who is clearly strong, ambitious and ready to face adversity head on. What I didn’t expect was the raw and authentic honesty that came through Jess’ writing, but also her openness to discuss the reality of what it was like to face challenges such as betrayal and grief, and how she overcame those challenges.”

Hashtag Press Co-Director, Helen Lewis, adds: “Jess has packed an incredible amount into her life, and at a time when we are united in facing a global crisis, it’s inspiring to read about how she overcame such major challenges. So many young people are attracted to the perceived lifestyle of
reality stars, models and actors. But I’m more fascinated by what really happens behind the scenes, and Jess is ready to share the good, the bad and the ugly of life in the limelight. Anyone interested in the behind-the-scenes of reality TV, acting and modelling will want to read this book, but it’s more than just an ‘exposé’, it’s a book that offers insight into how to make the best
of all situations and find the silver linings in life.”

Jess Impiazzi, now living back in the UK after six months in LA, is a regular face on the small and big screens, having starred in The Only Way Is Essex (2012), MTV’s Ex on the Beach (series 2 and series 5) and Celebrity Big Brother (2018) among many other shows. She’s a model and an actress – her next film R.I.A. is out later this year – in which she stars as a female humanoid A.I. hacked by her husband and forced to kidnap the U.S. vice president’s son and execute him on live TV, as the culprit seeks revenge for his own son’s death. Dean Cain, Kimberly Wyatt and Luke Goss also star. Jess’ movie debut was as Megan in gritty British crime drama Retribution (2016), and she also appeared in The Seven (2019), a moving story of pole-dancing and devil worship.

Visit here for more details about how actress and reality TV star, Jess Impiazzi, has learned to seek the silver linings where she can, and her memoir, due for release by independent publisher Hashtag Press in November 2020, in time for Christmas, reveals the raw truth behind the sparkle and glamour of life on the big and small screens.