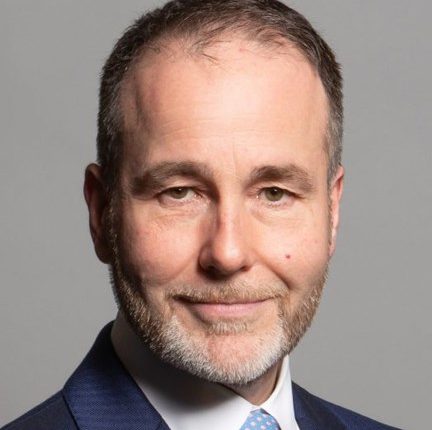 Key figures from the housing sector have slammed the Housing Minister for failing to mention the building safety crisis in his speech in the Housing 2021 conference.

Chris Pincher was accused of completely missing out what was described as the “biggest challenge” the housing sector faces at the moment, despite referring to planned reforms and the Affordable Homes Programme.

This reaction came after the housing minister provided a pre-recorded speech, lasting 15 minutes, to over 250 representatives during the opening day of this year’s three-day Housing 2021 conference taking place in Manchester.

As reported in industry journal Inside Housing, in his speech, Mr Pincher talked about the government’s most significant achievements within the housing sector as well as other plans for the sector such as the government’s planned reforms and decarbonisation, but did not include anything regarding the ongoing flammable cladding scandal or building safety.

Through a ‘right of reply’ panel session after the speech, housing bosses expressed appreciation of the government’s reform plans and their commitments in regard to supply and climate change, but denounced Mr Pincher’s failure to include and discussion of building safety or the Social Housing White Paper.

Managing Director of the National Federation of ALMO’s (local authority owned council house management companies), Eamon McGoldrick, stated it was “really strange” that building safety was not mentioned in Mr Pincher’s speech despite the Fire Safety Bill being recently passed and the advancement of the Building Safety Bill within government.

The Chief Executive of the National Housing Federation, Kate Henderson, also expressed her criticism of the speech, saying that the housing minister’s failure to mention housing safety was the most significant exclusion.

“It’s the biggest challenge we face. It’s a non-negotiable issue for us. The safety of our residents is our number one priority,” she continued.

Another delegate following the speech voiced his opinions, stating that the message given by the housing minister was “superficial and disingenuous and didn’t really say much.”

In his speech, Mr Pincher did applaud the government for investing more into affordable housing, in particular the new Affordable Homes Programme and the plans for it to fund 32,000 new social rent homes, double the number provided by the previous programme. In addition, he also praised the government’s reform plans, which he affirmed had ensued in 44,000 consultation responses.

Nevertheless, the director of policy and external affairs at the Chartered Institute of Housing, James Prestwich, expressed his disappointment, stating that not enough was mentioned regarding people living in the homes, and a lot said about the houses and homes themselves.

“I would have liked to have heard a little bit more in there about tenants and about residents across all tenures,” he said.

The lack of dialogue concerning conditions social housing tenants have to endure also has been criticised in spite of the Social Housing White Paper being published last year.

Mr McGoldrick mentioned the fact that residents and current stock were “largely” non-existent in the housing minister’s speech and how it was “very disappointing” following the fall-out from Grenfell and recent exposure of conditions within the sector in an ITV documentary.

He said that there was “too much on supply and cherry blossoms”, when referencing Mr Pincher’s pledge that the government will change the National Planning Policy Framework to produce “cherry blossom streets” comparable to those seen in Paris on the Champs-Élysées.

Ms Henderson continued by saying: ““I agree with the comments that we didn’t hear enough about the consumer – our residents, who are at the heart of everything we do.”

In spite of everything, the panel did come to an agreement stating that the sector has a much stronger relationship with the government now than it did with the government 10 years prior. Furthermore, they were encouraged by their commitment to the £3.8bn Social Housing Decarbonisation Fund, which will be important to the long-term plans of reaching net zero carbon.

Mr Prestwich said: “There’s a lot of talk about £3.8bn. That’s really good. It feels like that is in the bag – it’s a manifesto commitment – but we need some details to be brought forward on that for sure.”

In addition, Ms Henderson said it was “really significant” that the government pledged to put in £11.5bn towards the new Affordable Homes Programme “at this point in a pandemic” when the nation is suffering from other pressures.

Are You Paying a ‘Pink Tax’ On Girls’ School Uniform?