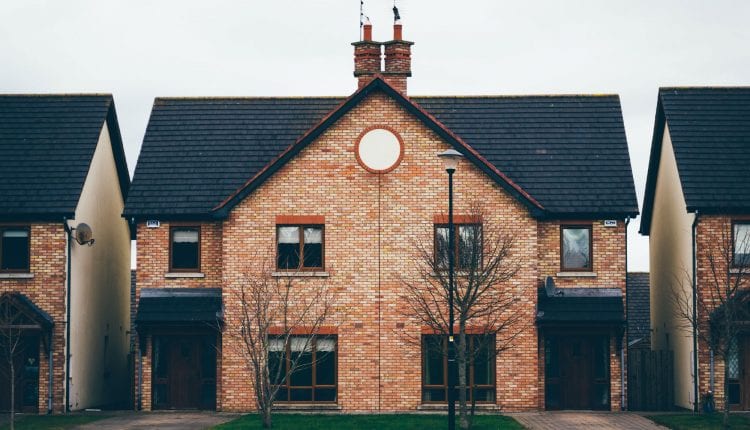 For the first time the average price of houses in the UK has exceeded a quarter of a million pounds, according to the respected monthly Nationwide House Price Index.

Nationwide’s Chief Economist Robert Gardner said: “The price of a typical UK home has now passed the £250,000 mark, an increase of £30,728 since the pandemic struck in March 2020.”

The increase in prices over the last two years is largely put down to the Stamp Duty holiday during the pandemic, which created a surge in demand. But price increases have continued even after that incentive to buy came to an end in September 2021.

Robert Gardner added: “Demand for homes has remained strong, despite the expiry of the Stamp Duty holiday at the end of September. Indeed, mortgage applications remained robust at 72,645 in September, more than 10% above the monthly average recorded in 2019. Combined with a lack of homes on the market, this helps to explain why price growth has remained robust.”

A survey by the National Association of Property Buyers suggests that average property prices could rise to £290,700 next year.

Estate agents say that buying enquiries normally tend to tail off as Christmas approaches, but this year, a post-pandemic surge has led to the highest ever number of new buyer enquiries in some regions.

Mortgage applications remained robust at 72,645 in September, more than 10% above the monthly average recorded in 2019.

There’s still a good deal of uncertainty in the market, though, as the end of government support measures, cooling consumer confidence and a potential rise in interest rates to counter inflation may put a damper on the market.

For existing borrowers, any rise in interest rates is likely to have a minimal impact, as rates are currently at a record low of 0.1%. An increase to 0.5% would add only £355 to the annual cost of repaying the average loan, and in the case of fixed rate borrowers, there would be no effect on repayments.

However, the prospect of an increase in mortgage rates may be a sobering one for a generation of homeowners and buyers who for over a decade have only experienced record low rates and mortgage affordability. The current rate of house price growth may slow as many buyers take a more conservative approach to borrowing.

Managing Director of Birmingham estate agents Barrows and Forrester, James Forrester, commented: “Any market uncertainty that may currently remain is merely a drop in the ocean compared to the last 18 months and so the chances of a house price decline this side of Christmas are slim, to say the least.

“We’re still seeing an incredibly high level of market activity despite the end of the stamp duty holiday and while there are murmurs of an increase in interest rates, this is unlikely to deter the average homebuyer who will continue to benefit from a very favourable cost of borrowing.”

The Bank of England is expected to reveal its latest interest rate decision shortly, with financial markets anticipating a rate rise as a result of increasing inflation. City economists expect interest rates to remain at a low level for the moment, though most anticipate a gradual rise over the next few years.

But a note of gloom was sounded by the Office for Budget Responsibility (OBR) which claimed that interest rates may rise to 3.5 percent in 2023, and that inflation could reach five percent by next year. The OBR also forecasts that mortgage repayments could rise by 13 percent year-on-year by 2023.

With this in mind, some lenders have already increased their mortgage repayment rates, with Barclays increasing its two-year fixed rate from 1.17 percent to 1.52 percent, increasing the cost on a typical £200,000 mortgage by almost £400 a year.

Post-pandemic demand for idyllic rural properties is also tending to affect housing prices, with property prices in Richmondshire, North Yorkshire rising by 29% the last year, according to the latest official figures from the Land Registry. This is a faster rate of growth than anywhere else in Britain except Shetland and Orkney, where the sale of a single property can easily skew the data.

Large increases have also been recorded in other idyllic, rural areas of the UK such as the Derbyshire Dales, North Norfolk, and the Cotswolds, whcih have all seen property values increase by more than 20% in the year.