Home improvements is still a priority as Brits cut back on luxuries. 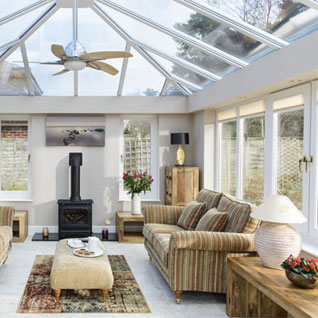 When it comes to home improvements, Britons are determined to keep up appearances according to a new study.
Despite official figures showing that we are cutting back on spending in areas such as expensive holidays or food shopping, one in four of us will carry out house improvements to our property several times a year.

The survey found that with our homes likely to be our most significant investment we are determined to look after them as well as we can. One in eight of us has spent more than £5,000 on improvements in the last couple of years, with the average amount spent by respondents coming in at £2,706. Half of those surveyed said they would like or are planning to fit a new kitchen or bathroom, while one in four aspire to have a conservatory.

See also: how to add value to your home.

It seems our neighbours’ home improvements play a big part in this desire to keep our homes looking good, with a third of Brits saying their home improvements are done to make sure they have the most attractive house on the street. Meanwhile, a fifth confess that their main motivation is to make sure they are not outdone by those next door.
According to the survey by Anglian Home Improvements, we like to keep an eye on any updates our neighbours are making to their properties too, with one in six saying they take sneaky looks at what their neighbours are doing without telling them or show up on the doorstep to get a first-hand look at what’s going on.

Melanie McDonald, Head of Marketing and Communications at Anglian Home Improvements, says, “The survey proves that we’re a house proud nation and shows that keeping our homes looking attractive remains a priority for many people in Britain. We find that Anglian often get called back to visit our customers’ neighbours, who also want to improve their homes once they see their neighbours’ new windows or conservatories.”