Home improvements add the most value

Home improvements, along with location, remains the key to house value however other factors also have an impact, according to a recent survey by Nationwide 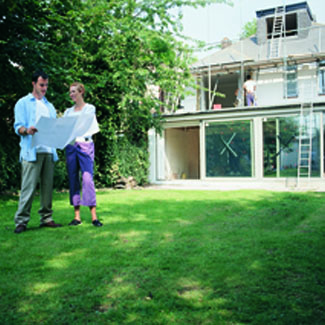 Increasing the floor space of your house, either through a loft conversion or an extension, is a traditional but still excellent way to improve your home add value to your property.  A 10 per cent increase in floor space adds around 7 per cent to the price of the property, and an extra bedroom and bathroom by way of a loft conversion can add up to 20 per cent.  Strangely, although we clearly value space, small properties tend to cost more per square metre; a small one bedroom flat would cost around £2,700 per metre squared compared to £1,600 for a four bedroom house.

However, when it comes to getting a good price for your property, location is still the main factor.  The difference in price for a similar house in the most and least desirable areas of a town was 72 per cent in 1991, 80 per cent in 2005 and is now 98 per cent. Regional differences are also very striking, with an average house in Wales costing about 53 per cent of a similar property in London.

Central heating, which was once a luxury, is now so commonplace that most people wouldn’t think to ask specifically for it when looking for a house.  In fact, the percentage of homes with full central heating increased from 10 per cent in 1991 to 91 per cent today, and the minority still without it can expect the value of their home to decrease by up to 9 per cent.  However, people are also now more conscious of the environmental and financial impact of high central heating, and installing cavity wall insulation and double glazing has become more common.

These days it is necessary to have an energy certificate when selling a home, and this makes it much easier to compare different properties.  Energy efficiency ratings on homes are measured in the same way as domestic appliances, in an A-G system.  30 per cent of properties now have a rating of A-D, with newer properties being particularly high ranking.  However, British homes are still among the least energy efficient in Europe and are responsible for 27 per cent of our total carbon emissions – daunting news given the Government’s target to reduce carbon emissions by 34 per cent by 2020.

Martin Gahbauer, Nationwide’s Chief Economist, says, ‘Location is still the biggest factor affecting the value of property, and a house in the best neighbourhood can command a price nearly 50 per cent higher than a similar house in an ‘average’ area.  However, other characteristics also have a significant influence on the desirability, and thus price, of property.  For example, extending a property to accommodate an extra bedroom can add around 11 per cent to its price.’

Brits back concept of squatting law

The return of 95 per cent mortgages