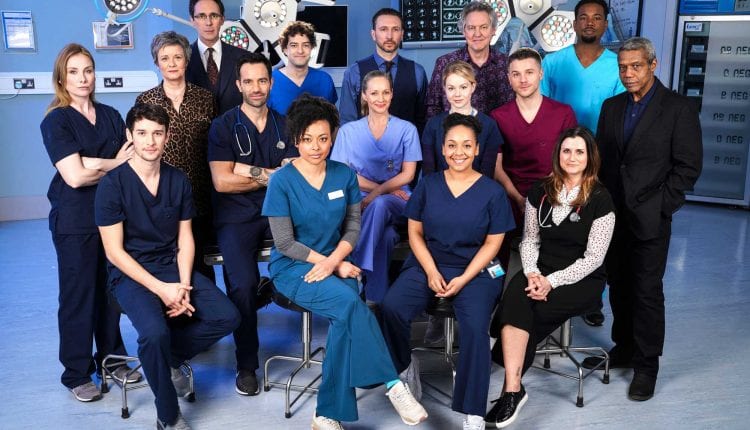 The BBC has confirmed that long-running medical soap opera Holby City is to end after 23 years. Originally a spin-off from another favourite, Casualty, Holby City was first shown in 1999. Its final series will be in March 2022.

The series, created by Tony McHale and Mal Young, won a BAFTA for best continuing drama in 2008, and still regularly attracts more than three million viewers.

The BBC said it was “incredibly proud” of the show but said it “had to make difficult decisions to make room for new opportunities”.

“We are incredibly proud of Holby City but it’s with great sadness that we are announcing that after 23 years, the show will end on screen in March of next year,” said the BBC statement.

“We sometimes have to make difficult decisions to make room for new opportunities and as part of the BBC’s commitment to make more programmes across the UK, we have taken the difficult decision to bring the show to a close in order to reshape the BBC’s drama slate to better reflect, represent and serve all parts of the country.”

“We would like to take this opportunity to thank the amazing team at BBC Studios and all the cast and crew who have been involved in the show since 1999.

“Holby has been a stalwart with audiences, delighting millions of viewers each week and winning hundreds of awards with a compelling mix of cutting edge medical stories and explosive personal stories.

“We look forward to working with the team over the coming months to ensure that when it ends, Holby goes out on a high.”

Around 250 people who work on the show, from actors and technicians to costume, hair and make-up professionals will be affected by the decision. Holby City and Casualty are based in the fictional county of Wyvern, South West England, but most on-set filming takes place at the BBC’s Elstree Centre in Hertfordshire, with location shots from Bristol.

The move is part of the BBC’s plans, announced in March, to move some of its key departments and staff around the country in order to make the corporation more reflective of the UK as a whole.

“Our mission must be to deliver for the whole of the UK and ensure every household gets value from the BBC,” said director general Tim Davie.

“These plans will get us closer to audiences, create jobs and investment, and develop and nurture new talent.”

Holby City has broadcast over 1,000 episodes over 23 series, and has been a fertile breeding ground for emerging acting talent, including Killing Eve star Jodie Comer who had one of her first acting roles in the series, as did BAFTA winner and Black Panther actress Letitia Wright, Peaky Blinders actor Joe Cole, and Lee Ryan from the boyband Blue.

Also appearing in the series over the years were familiar faces including Adrian Edmondson, Patsy Kensit, Maureen Lipman, Paul O’Grady and Romesh Ranganathan. Other guest stars included Olivia Colman, who later win a Best Actress award at the Oscars for her performance in The Favourite.

The show has held its place in the BBC One schedule on a Tuesday night for many years, tackling many topical issues along the way.

Holby City has tackled many topical medical and social issues including surgery to separate conjoined twins, performed by the show’s longest-serving character Dr Ric Griffin, played by Hugh Quarshie; euthanasia in the storyline involving Professor Elliot Hope’s wife Gina travelling to Switzerland to end her life after struggling with motor neurone disease; as well as bipolar disorder, cancer treatment and many other medical conditions.

Other plot lines have included a siege following a shooting spree. The series has been criticised for its lack of realism, with the British Medical Association denouncing its portrayal of organ donation and unrealistic impression of resuscitation, and an accident and emergency nurse at the 2008 Royal College of Nursing conference accusing the show of fostering unrealistic expectations of the NHS and fuelling compensation culture.

A special show entitled The Anniversary Waltz helped to mark the 70th anniversary of the National Health Service. It saw characters explaining what the NHS means to them, as they attempted to get an outbreak of norovirus under control.

Safe and Independent at Home With Ornamin