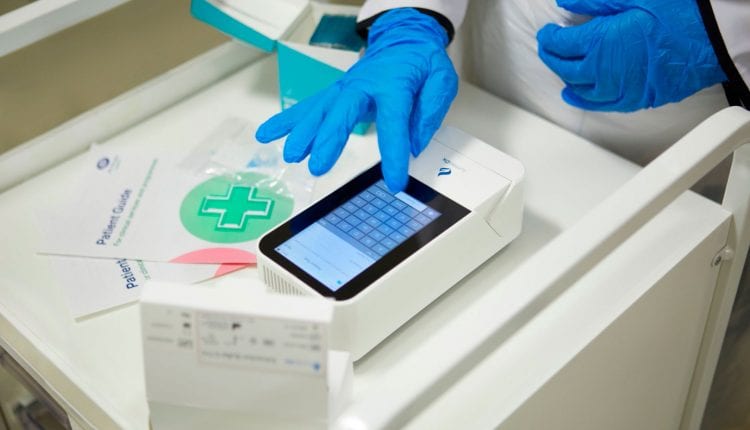 A COVID-19 test that can provide results in 12 minutes will be made available at High Street pharmacy Boots “within weeks” – the catch is that it will initially cost £120.

The nasal swab test will be available in selected stores in the UK to people who are not showing symptoms. The company says the aim is to offer customers “peace of mind”, but speaking on the BBC’s Today programme, Professor Paul Hunter of the University of East Anglia pointed out that apart from the price, which he regarded as “a lot of money, particularly if you need multiple tests”, the problem is that targeting asymptomatic customers meant that the chance of them testing positive seemed very low.

The claimed 97 percent accuracy rate of the test meant that there would be more false positives than negatives, and a negative result one day wouldn’t guarantee that you wouldn’t test positive the next day. In any case, Professor Hunter argued, many customers who tested positive would be getting over the infection and would not be infectious. He concluded that “There would be some contexts and setting in which it would be worthwhile, perhaps if you had to go for a job interview, but it would be limited in my view.”

Seb James, Managing Director of Boots UK and ROI commented: “Boots has supported the government’s COVID-19 testing programme from the very start and offering this new in-store service is the next step in our efforts to fight against the pandemic. We hope that by offering this testing option in local community stores, Boots can help ease pressure on the NHS and the Government by providing additional access to testing and crucial reassurances for people across the UK. As part of the UK High Street for over 170 years, Boots is proud to serve on the front line alongside the NHS and we will continue to do our part to support the nation’s healthcare needs during this challenging time and beyond.”

The technology has been developed by LumiraDx, which has also struck a deal to provide test kits to the NHS in Scotland. The test looks for a COVID-19 antigen protein, and is said to be faster than other methods of rapid testing which can take around 90 minutes.

The news comes as Sir Patrick Vallance, the government’s chief scientific adviser, admitted that there was “room for improvement” in the NHS Test and Trace system, with figures released last week showing that just 15.1 percent of people are currently receiving results within 24 hours. The Prime Minister, Boris Johnson, promised that all tests would be processed in 24 hours by the end of June.

One idea to improve the effectiveness of the track-and-trace system is to reduce the mandatory period of self-isolation in cases of infection from two weeks to a more manageable one week.

Speaking on Good Morning Britain, Live to 100 celebrity guest editor Dr Hilary Jones said that it might be a ‘compromise’, amid concerns over the efficiency of the NHS Test and Trace system and suggestions that only 11 percent of contacts wee self-isolating for 14 days.

While he urged the importance of longer self-isolation, due to contacts possibly developing symptoms later or not at all, he explained why he wasn’t completely against the shorter period.

He said: “In an ideal world people will be self-isolating for 14 days, because some people’s incubation periods are a little longer, and symptoms can occur after 10 days. It will be a compromise.”

He added that the government’s health advisory committee SAGE was looking at whether reducing the period to seven to 10 days would encourage many more to comply, after coming into contact with someone who has tested positive for Covid-19.

He said: “Currently we know that about 11 percent of people are properly self-isolating, which means it is insufficient to control the spread of the virus. If we’re going to have self-isolation it has got to be done properly.”

“Reducing it to seven to 10 days would be a compromise, but what we do know from most surveys is that it is likely that most people would develop symptoms in that period, and if they develop symptoms they would stay self-isolating for longer.”

He continued: “For a lot of people, 14 days is a very long time. Seven days is doable. That’s my feeling and I’m not basing that on any evidence or any science, but people can take a week off without too much difficulty but 14 days seems a stretch for many.”

Speaking on the BBC Radio 4 Today programme, Professor Paul Hunter agreed with Dr Hilary Jones that if people complied with a one-week isolation period, it might do some good, while pointing out that indications were that they would not do so.

He said that cutting the isolation period would certainly increase the risk of transmission, as the average period of incubation of the infection is about 5-6 days, and only 85-90 percent of people will have become ill in that period – so if the isolation period was cut, about 10-15 percent of people who were infectious would be allowed back in public. Professor Hunter also also pointed out that compliance with the two-week isolation period isn’t well adhered to anyway, so ‘Changing the rules on something that isn’t actually being complied with anyway isn’t by itself going to do much’.

Read more here about the COVID-19 test that can provide results in 12 minutes which will be made available at High Street pharmacy Boots “within weeks” – though the catch is that it will initially cost £120.

How You Can Build-In Fire Protection