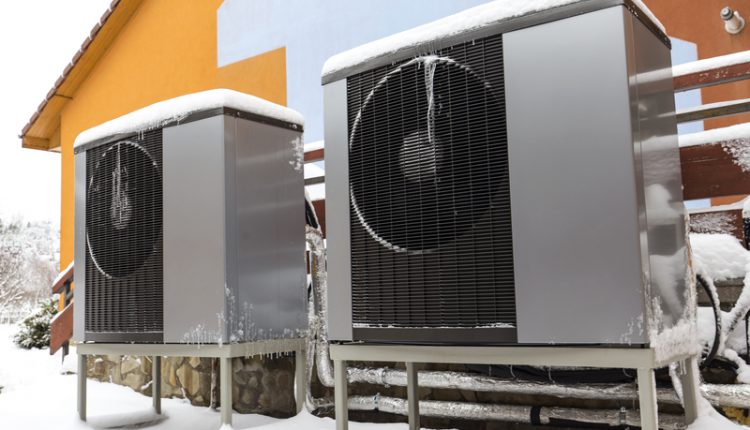 Households from across England and Wales will be able to apply for a £5,000 grant to help them to replace gas boilers with low-carbon heat pumps, as part of government plans to reduce carbon emissions.

Currently in the UK, approximately 25 million households are using gas boilers to heat their homes – however these grants will fund only 90,000 pumps over the next three years.

The government has announced the £450m Boiler Upgrade Scheme, which is incorporated in the £3.9bn funding to decarbonise heat and buildings across the nation. This will fund the next three years of investment through the Social Housing Decarbonisation Fund, the Home Upgrade Grant scheme, the Boiler Upgrade Scheme and the Heat Networks Transformation Programme and reducing carbon emissions from public buildings through the Public Sector Decarbonisation Scheme.

This government plan all revolves around aiming to not sell any more gas boilers and instead install new low-carbon heating systems by 2035.

The government have stressed that this will not mean that households will need to remove their fossil fuel boilers that are still working.

Experts have undermined the government’s plans labelling them as unambitious. But ministers have come out and said that changing to the low carbon heating will cut emissions and decrease fossil fuel dependency along with reducing its exposure to global price spikes in gas.

The new grants of £5,000 will be available from April next year and will also mean that those choosing to install a heat pump will pay a similar amount as if they were installing a traditional gas boiler.

The cost of an air-source heat pump varies between £6,000 and £18,000, with the size of the property a crucial factor. But ministers have said that their plans include helping people install the heating systems and make the prices comparable to a new gas boiler.

When talking about these government plans, Prime Minister Boris Johnson said: “As we clean up the way we heat our homes over the next decade, we are backing our brilliant innovators to make clean technology like heat pumps as cheap to buy and run as gas boilers – supporting thousands of green jobs.

“Our new grants will help homeowners make the switch sooner, without costing them extra, so that going green is the better choice when their boiler needs an upgrade.”

Kwasi Kwarteng, Business and Energy Secretary, stated: “Recent volatile global gas prices have highlighted the need to double down on our efforts to reduce Britain’s reliance on fossil fuels and move away from gas boilers over the coming decade to protect consumers in long term.

“As the technology improves and costs plummet over the next decade, we expect low carbon heating systems will become the obvious, affordable choice for consumers.”

Chief Executive and Founder of Octopus Energy, Greg Jackson said that they have already committed £10m into investment and research into their training centre dedicated to the decarbonisation of heat and stated that when the scheme begins in April 2022, his organisation will help install heat pumps in homes for around the same price as gas boilers.

To help the growth of the electric heat pump market and expand British manufacturing, a new £60m Heat Pump Ready innovation programme will be announced as part of the £1bn Net Zero Innovation Portfolio. The scheme will provide funding to drive technological innovation which will make the systems smaller, easier to install and cheaper to run over the next few years.

The Heat and Buildings Strategy builds on the Prime Minister’s 10 Point Plan, which outlined how decarbonising households and workplaces could support 240,000 jobs across the sector by 2035, with many thousands more into the future in areas such as manufacturing, developing and installing new low-carbon technologies.

Chief Executive of ScottishPower, Keith Anderson, said: “Decarbonising heat is our toughest challenge on the road to Net Zero. With some 23 million UK homes to be converted to low carbon heating by 2050 we need to urgently support the delivery of proven zero carbon technologies, like heat pumps.

Deploying heat pumps at scale will drive costs down dramatically over time, and will create wider economic benefits by promoting the UK supply chain and new skilled jobs.”