Bites and Stings Healed by an App? 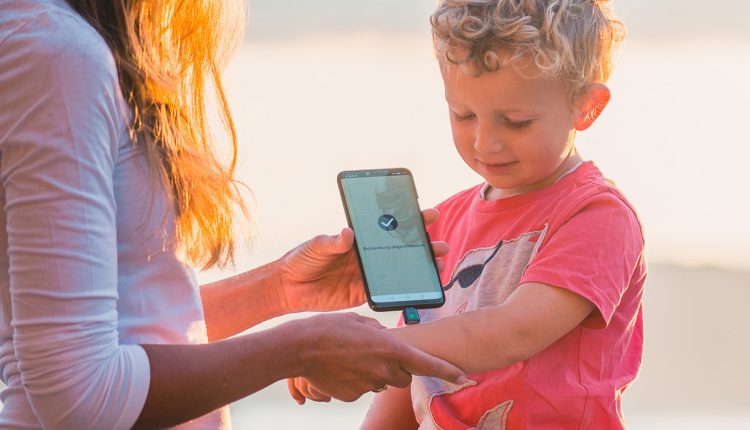 Four young students from Germany have launched a device to end itching and pain after insect bites. We asked the inventor Lukas Liedtke to explain their revolutionary insect ‘bite healer’.

What is heat_it?
heat_it is a small device that fits on any key ring and in every pocket. Together with the smartphone app it treats insect bites easily and effectively simply by using heat.

How is it used?
The application is very easy: the heat_it is simply plugged into the charging socket of the smartphone. The heat_it app then opens automatically. Here the treatment can be adapted to individual needs. There is a special mode for children or sensitive skin areas. Clicking on “Start” heats the treatment area on the heat_it stick to about 51°C. When ready, the stick is gently
pressed together with the smartphone onto the affected skin area. The treatment only takes a few seconds and can effectively relieve itching and pain.

What sort of stings and bites is heat_it designed to treat?
heat_it is always at hand and can relieve itching and pain caused by insect bites and stings for example from:
» Mosquitoes
» Wasps
» Bees
» Horseflies

What is the scientific principle behind heat_it?
The active principle of hyperthermia can effectively relieve itching and pain after insect bites. It is assumed that the body’s own reaction to the insect bite is regulated by the short heat stimulus, which relieves itching and pain. So: no more nasty stinky chemicals but using the bodies natural response to heat in order to stop itch and pain effectively.

What types of phones does heat_it work with?
heat_it is available in two versions:

Thereby we support almost all smartphones models. The heat_it for Apple is an official “Made for iPhone” accessory and both variants are certified as medical devices and guaranteeing the highest quality.

Does heat_it use batteries or chemicals?
heat_it works only with natural heat, completely free of chemicals. heat_it is powered by your smartphone, which means you will never need to worry about buying new batteries or charging the device. Both variants use extremely little energy. Our tests have shown: with a full battery of a modern cell phone you can treat up to 1000 stings. That’s enough for you, your family, friends and probably the entire lake.

Biting Bugs: All You Need to Know About Midges and…

What’s the story behind the product?
During a surfing holiday in 2016, I learned about the principle of treating insect bites using hyperthermia, briefly heating the affected area of the skin to about 51°C. I was excited by the working principle, but the devices available on the market until then were all too big, too impractical and battery-operated. It was immediately clear to me that this could also be solved more cleverly, and I was quickly able to convince my three co-founders of the idea of a “smart stitch healer”. So we developed the first prototypes of the “heat_it” during our studies. A lot has happened since, more than three million stings have been treated and all heat_it are still “Made in Germany”.

Where can I find out more about heat_it?
Simply visit our website on www.just-heat-it.com or follow us on Facebook or Instagram. You can find more about heat_it and the start-up behind it. And in case questions remain unanswered, simply send us a message. We are always happy to help.