We investigate the possible health benefits of probiotics. 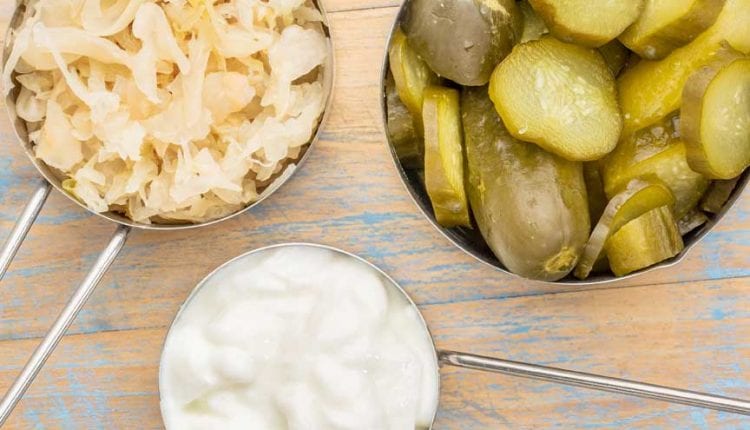 Probiotics are live bacteria and yeasts that benefit your body by keeping your gut healthy. Taken in food or supplement form, they’re thought to help restore the natural balance of your gut after it’s been disturbed by illness. Many claims have been made that probiotics can treat a range of ailments, however it’s important to recognise that some have more merit than others.

Probiotics: How They Can Help

Sufferers of IBS may find that probiotics help reduce bloating and flatulence. If you want to try them, the National Institute for Health and Care Excellence (NICE) recommends taking them for at least four weeks, at a dose recommended by the manufacturer.

Value of Remdesivir Yet To Be Proven in Search for…

Premature babies can sometimes develop a serious illness called necrotising enterocolitis, where the tissues in the gut become inflamed and start to die. There is some good evidence that probiotics may reduce the likelihood of babies developing this, although uncertainty over this claim still exists and the use of probiotics in premature babies is not currently recommended.

Certain studies have found that probiotics such as lactobacillus acidophilus could help reduce the symptoms of lactose intolerance (where the body can’t digest lactose, a type of sugar found in milk and dairy products), including flatulence, diarrhoea and stomach cramps. You may wish to try probiotic preparations of lactobacillus to see if they help.

Yoghurt is a familiar source of ‘good’ bacteria, but did you know that these foods are also rich in probiotics?

This classic German side dish is made from fermented cabbage and is teeming with probiotics. Just make sure that the sauerkraut you buy hasn’t been pasteurised, as this will destroy any beneficial bacteria.

This Russian yoghurt-like drink is made by fermenting goat, cow or sheep’s milk with kefir ‘grains’ (live combinations of yeast and bacteria).

A spicy and sour Korean side dish made by fermenting cabbage. As well as a plentiful source of good bacteria, it’s also full of fibre.

To get that payload of probiotics, seek out naturally fermented pickles that are brined in water and sea salt instead of vinegar, as the latter won’t allow beneficial bacteria to grow.

This is a sweet black tea fermented with a culture of bacteria and yeast called a ‘scoby’. It’s thought to be a good source of probiotics but because bacteria cultures and preparation methods differ it’s difficult to pin down exactly what probiotics can be found. Only buy kombucha from brands that clearly mark on the label what probiotics are contained within.

A staple of Japanese cookery, as well as being a versatile seasoning this fermented soybean paste is a potent source of friendly bacteria.

In recent years, a slew of supplements and food products containing probiotics have emerged that claim to address a variety of health issues. Probiotics are safe to use if you have a healthy immune system, however, keep in mind the following:

Probiotics are typically classed as food rather than medicine, so they don’t undergo the same level of thorough testing that medicines do. It also means that it isn’t as heavily regulated, so you can’t be sure that the product actually contains the bacteria stated on the label, that there’s enough bacteria to have an effect and that the bacteria will survive long enough to reach your gut.

You should also remember that different types of probiotics have different effects on the body—so carefully research which type of probiotic you want to use and whether it’s suitable.

Read more on Celebrity Angels on probiotics and how to get a healthier digestive system.

Are Carbs Bad for Me?

What’s So Super about Superfoods?

Dermal Fillers For A Non-Surgical Solution

The Causes and Treatments of Chronic Wounds