A chemical found in green tea could slow the development of prostate cancer a study has shown. 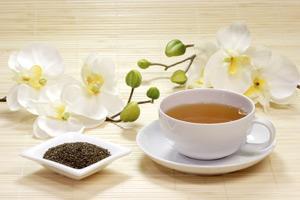 Researchers tested a compound called Polyphenon E, with patients in the study taking the equivalent of around 12 cups of green tea a day, over a period of 34 days. Biomarkers, which indicate developing cancer, were significantly reduced and some patients had reductions of more than 30 per cent.

John Neate, chief executive of the Prostate Cancer Charity, says, ‘These positive findings could indicate that green tea could have a place in “active surveillance”, where a slow-growing, low risk tumour is monitored for changes and men want to take something that could keep progression at bay. Potentially, this could mean completely avoiding, in some cases, any of the more usual medical interventions and their associated side effects.’ A Newcastle University study has also shown that whole carrots cooked contain a quarter more of the anti-cancer compound falcarinol than those chopped first.

Advertising junk food on TV should be regulated

A warning over sugar in soft drinks