Government Announces Green Grants of up to £5,000 for Homeowners 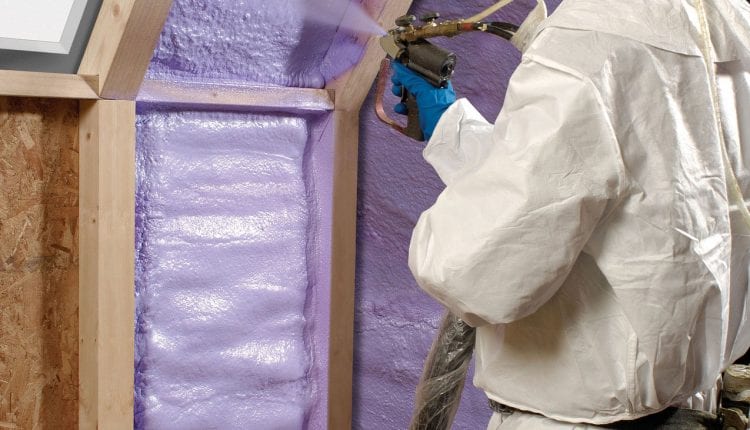 The government has announced a £3b scheme to cut carbon emissions which includes green grants of up to £5,000 for thousands of households to spend on home insulation.

The Treasury claims that the green grants could create up to 100,000 jobs as well as contributing to national schemes to cut carbon emissions.

The Green Homes Grant, paid in the form of vouchers, will cover two-thirds of the cost of energy-saving home improvements, up to 100 percent for poorer households.

As an example, cavity wall or floor insulation of a semi-detached house costing £4,000 might receive a green grant of £2,680 from the government, while the householder would pay £1,320.

The green grant scheme, which will be launched in September, will have an online application process, and a list of accredited local suppliers for energy efficiency measures. Vouchers will be issued once a quote has been provided and work approved.

Business Secretary Alok Sharma added, speaking to BBC Breakfast, that the poorest households could quality for green grants of up to £10,000, with double-glazing also covered by the scheme.

He said that the scheme would not only lead to lower heating bills for households, with some households saving up to £600 a year, but would also support employment and contribute to carbon emission goals.

But the Labour Party said that while the announcement was welcome, the green grant plan didn’t seem to offer anything to the country’s 8.5m renters, and it called for a “broader and bigger” plan to cut carbon emissions.

See also: Is Marriage Going Out Of Fashion?

Greenpeace pointed out that other countries have far more ambitious plans, such as Germany which has invested €40bn (£36bn) in green jobs and energy efficiency, or France, which has pledged €15bn to tackle the climate crisis.

And Muna Suleiman, the Friends of the Earth’s climate specialist, said: “If this announcement was supposed to be a bold and ambitious move towards a greener and fairer world, it has massively underestimated the scale of the problem.

“The UK’s leaky housing stock is a huge part of our carbon emissions as well as entrenching social inequality through fuel poverty, but the £50 million for home insulation the chancellor is offering barely scratches the surface of what’s required.

“Around £5.4 billion a year is needed for insulation and installing low carbon heating options such as heat pumps.

“That’s just a fraction of the billions that the government is spending on its climate-wrecking road-building programme, so the money for the housing transformation needed exists, but it’s being squandered on the wrong things or targeted badly, as we are still seeing.

“Refocusing this investment into home insulation would provide a huge boost to jobs in green industries, another area where the Chancellor’s plan shows a serious lack of ambition.

“The recovery plan should offer a unique chance to reimagine what the future could look like, but so far this plan shows that the government is still keeping its feet firmly in the past.”

Mike Cherry, head of the Federation of Small Businesses, said of the green grant scheme: “This will offer a much-needed boost to tradespeople and others whose livelihoods were affected by the pandemic by creating green jobs, while at the same time improving energy efficiency.

“The Government must now ensure this scheme is easy to access in order to get those who need it the most back in work as quickly as possible.

“The Government will not hit its environmental targets if businesses aren’t empowered to be part of the solution.”

Apart from announcing details of the green grant scheme, as part of a mini-budget the Chancellor announced a cut in stamp duty on properties up to £500,000.

As the property market is expected to stall after the coronavirus lockdown, with increased unemployment and a likely recession, a temporary removal of stamp duty is seen as one way to stimulate the property market. A cut was expected later in the year but has now been brought forward to start with immediate effect.

See also: Why Taking a Mortgage Holiday Could Affect Your Credit Rating

The changes to Stamp Duty will only apply to buyers in England and Northern Ireland.

Under the new plans a buyer completing on a main residence costing up to £500,000 between 8th July and 31st March 2021 will not pay any stamp duty, and more expensive properties will only be taxed on their value above that amount.

This could save buyers as much as £15,000, if they are buying a property of £500,000 or more. The average stamp duty bill will fall by £4,500, Chancellor Rishi Sunak has suggested, with nearly nine out of 10 people buying a main home this year paying no stamp duty at all.

With the coronavirus lockdown delaying house moves for three months, and property sales recovering only slowly after the easing of restrictions in May, the stamp duty holiday is seen as a good way to stimulate the housing market at the lower end of London prices, but also more widely in the North.

According to both the Halifax and Nationwide, house prices have dropped by 0.1 percent this year as compared to levels last year, the first time this has happened since 2012.

Go here for more details of the government’s announcement of a £3b green grant scheme to cut carbon emissions which includes grants of up to £5,000 for thousands of households to spend on home insulation.