A form of arthritis mainly affecting men, gout develops after crystals of sodium urate, which are produced by the body, form inside joints, most commonly the big toe though it can develop in any joint in the body 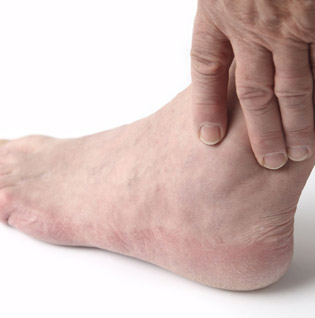 What causes gout?
Gout is caused by a build up of uric acid in the blood. This type of acid is a waste product made in the body and then excreted, mainly via the kidneys. The body breaks down chemicals in the cells, known as purines, which results in the forming of uric acid.
If too much uric acid is produced, or not enough is passed through the body by urination, then the acid can start to crystallise inside the joints. Symptoms can develop at a rapid pace and can be rather painful, leaving severe swelling and redness. Gout’s risk is increased by the following factors:

What treatment is available?
There are two main ways of treating gout. Gout attacks are common and symptoms develop rapidly, reaching their worst between six and 24 hours, often lasting for three to 10 days. Relieving gout attacks usually consists of using non-steroidal anti-inflammatory drugs (NSAIDs) – painkillers that come in different types. Some special cases may require alternative medications to be subscribed. The prevention of future gout attacks is usually through an alteration in lifestyle, such as losing weight, cutting down on the consumption of alcohol and monitoring your daily diet.

Can there be complications with gout?
Though there can be some complications that develop from gout these are quite rare. The complications that can happen include kidney stones, due to the high levels of uric acid and calcium stones, and “tophus” formation, which are firm lumps that are visible under the skin and are known as tophi. In some extreme cases there can be permanent joint damage suffered, which is caused by a combination of ongoing inflammation from gout attacks and the formation of tophi, which harm the cartilage and bone within the joints. This, however, can be avoided if gout is treated as soon as possible.

Which parts of the body are most susceptible to gout?
It is usually in the joints of hands and feet, particularly the big toe. It is not entirely known why these joints are most at risk, but it could be because their temperature is often lower than the rest of the body, making it easier for crystals to form in these parts of the body. Other joints affected include the ankles, knees, wrists and elbows.

How can gout be diagnosed?
Because gout is one of over 200 different types of arthritis it’s not easy for your local GP to test for the presence of crystals in the joints. Instead, if gout is suspected, your GP will inspect the symptoms and check your medical history. If your GP does suspect gout then they will refer you for further testing, which should confirm the diagnosis or rule out other conditions. Tests include extracting a sample of blood from a vein in your arm to test serum uric acid levels, taking synovial fluids (the fluid which helps keep joints lubricated) from the affected joint to check for crystallisation, or an X-ray, which is very rare because inflammation caused by gout is very difficult to detect through this, but is still sometimes used to rule out any other possible conditions, like chondrocalcinosis – a build-up of calcium crystals inside the joints.

This article has been taken from Dear Doctor with Dr Chris Steele, which is out now in all good newsagents