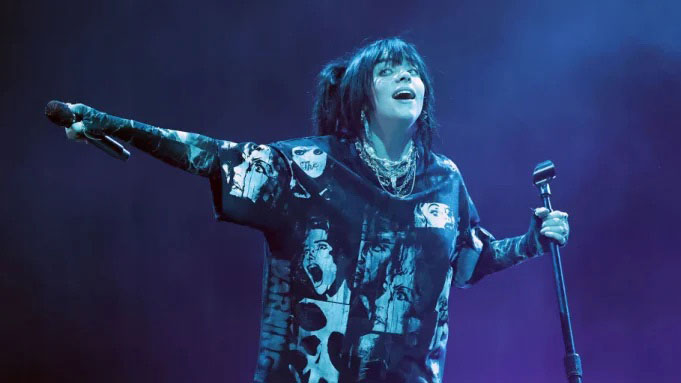 After being cancelled in 2020 and 2021, the Glastonbury festival is back on this month from 22nd-26th June. Audience, performers, organisers and locals are thrilled at the return of the event after an absence caused by the Covid pandemic – but with restrictions now lifted, everything is ready for the music and culture festival to go ahead. Even the weather looks good, and the only dark clouds are caused by the threat of train strikes which may make it difficult for some visitors to get to Pilton in south-west England. Many festivalgoers have travelled early, some sleeping in their cars.

Great Western Railway, which operates the route between London Paddington and Castle Cary close to the festival, has said it “plans to maintain timetabled trains” throughout the course of the week.

In its 50th year, Glastonbury continues to celebrate both old and new acts, with Billie Eilish, 20, becoming the youngest-ever solo headliner when she takes to the Pyramid Stage on Friday night, and Sir Paul McCartney, 80, former member of the band the Beatles could have been, Wings, closing out the festival as the oldest-ever solo headliner on Sunday evening.

Away from the main stages on the Thursday afternoon there will be a Diana Ross flash mob and on Sunday night closing the event will be a ‘Burning Lotus experience’.

The line-up includes new acts such as Arlo Parks, Doja Cat, Easy Life, Fontaines DC and Griff alongside more established names including Crowded House, Primal Scream and Supergrass. Pet Shop Boys will be headlining second-largest stage, The Other Stage in a “long-awaited” performance. Former Led Zeppelin frontman Robert Plant will appear alongside American country and bluegrass star Alison Krauss following the release of their second collaborative album, and there will also be experimental pop music from Charli XCX and Caroline Polachek.

Of course Glastonbury isn’t just about music, with dozens of charities using the event as a venue for fundraising and publicity. In 2019, Glastonbury raised £3 million for charity. Another former Beatle, Ringo Starr, will be joining a host of other musicians to launch a campaign to send postcards to the Prime Minister urging action on climate change. WaterAid’s Climate Fight campaign postcards will feature designs created by music stars to celebrate the power of water.

The festival will also have a series of debates on things like the cost of living crisis, climate change, Ukraine and Black Lives Matter.

Glastonbury will also play host to a number of Ukrainian acts while Russia’s invasion of their country continues. Kyiv folk quartet DakhaBrakha will perform on Sunday afternoon on the Pyramid stage, and Go_A open the John Peel stage on Saturday with a performance of electronic folk music.

Here’s the line-up for the main Pyramid stage; the full line-up is here.

Throughout this year’s Festival, a team will be roaming around the site, posting photos to the @glastolive Twitter feed – giving you a flavour of what’s going on at Glastonbury 2022. You can also follow @glastofest for news and updates.

If you can’t make it there, there’s extensive coverage on BBC TV, radio and online.

There will be a dedicated Glastonbury channel on BBC iPlayer from Thursday 24 June to Sunday 27 June streaming live performances which will broadcast in Ultra HD, and also featuring interviews, exclusive performances, and some backstage segments with the BBC presenting team. There’ll be over 90 performances available by the end of the weekend. Your best first point of call is the BBC Music at Glastonbury hub on the BBC website, which includes all of the iPlayer and BBC Sounds highlights, as well as highlights from previous years and a Glastonbury webcam.