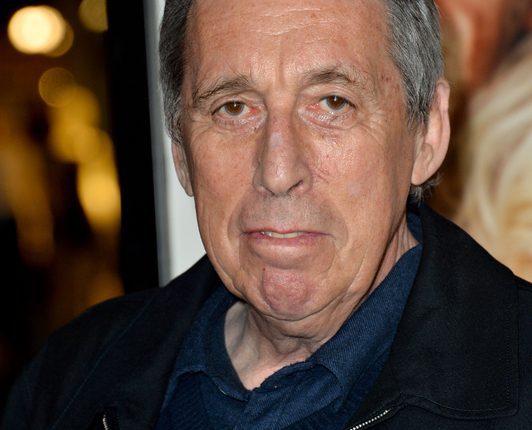 Ivan Reitman, best known for directing films such as Twins and the original Ghostbusters, has died at the age of 75.

His family reveal to the Associated Press that he died peacefully in his sleep at his home in California on Saturday night.

“Our family is grieving the unexpected loss of a husband, father and grandfather who taught us to always seek the magic in life,” his family disclosed in a statement.

“We take comfort that his work as a film-maker brought laughter and happiness to countless others around the world. While we mourn privately, we hope those who knew him through his films will remember him always.”

Reitman’s first filmmaking role was in 1978 when he helped produce the comedy Animal House and some of the most successful films he directed over the years in his influential career include Twins (1988), Kindergarten Cop (1990) and Junior (1994)

However, undoubtedly the most successful film he directed was 1984’s Ghostbusters. The film starred Dan Aykroyd, Harold Ramis and Ernie Hudson and remains one of the most iconic films ever made. The film grossed approximately $282m (£208m) making it the second highest grossing film of 1984 and it received several award nominations including two Oscar nominations. The original has since spawned a franchise with a spinoff and two sequels as well as television shows and games also being created.

Harry Potter Stars to Return to Hogwarts in 20th Anniversary…

It was also reported by Deadline that Reitman was on course to director the sequel to Twins, titled Triplets, and would feature the Danny DeVito and Arnold Schwarzenegger reprising in their roles, with filming planned to begin January 2022.

Tributes from the film industry have been flooding in, remembering the various achievements Reitman had accomplished and the influence he had on the industry.

Chairman and chief executive of Sony Pictures Motion Picture Group, Tom Rothman, said: “Tonight, the lady with the torch weeps, as do all of us at Columbia, and film lovers around the world. Ivan Reitman was an inseparable part of this studio’s legacy, but more than that he was a friend.

“A great talent and an even finer man; he will be dearly missed. We send his family all our condolences.”

Arnold Schwarzenegger paid his tributes, stating that he was “devastated” to hear the news of his passing.

“In Hollywood, he was bigger than life. He was comedy royalty,’ Arnold added. “In life, he was a mensch – a wonderful father and husband, a fantastic friend, a great human being. He was kind, he was generous, he was smart as hell, and he was always there for you.”

Director of the 2016 Ghostbusters film, Paul Fieg, tweeted: “He directed some of my favourite comedies of all time. All of us in comedy owe him so very much.”

Ernie Hudson, who starred in the original Ghostbusters film as Winston Zeddemore, said: “I am deeply saddened by the loss of Ivan’ Reitman. Truly a great man and filmmaker who I had honor and privilege of knowing and working with. Deepest condolences to Jason and the entire family. May he RIP.”

Despite Ivan Reitman’s passing, his son, Jason Reitman will aim to continue on his legacy and will hope to make a similar impact in the film industry as his father. His latest release, Ghostbusters Afterlife, can be watched on various streaming platforms.