Getting to Grips With Meningitis

To safeguard against it, it is important to understand meningitis and the forms it can take. Read on for helpful advice in this Q&A. 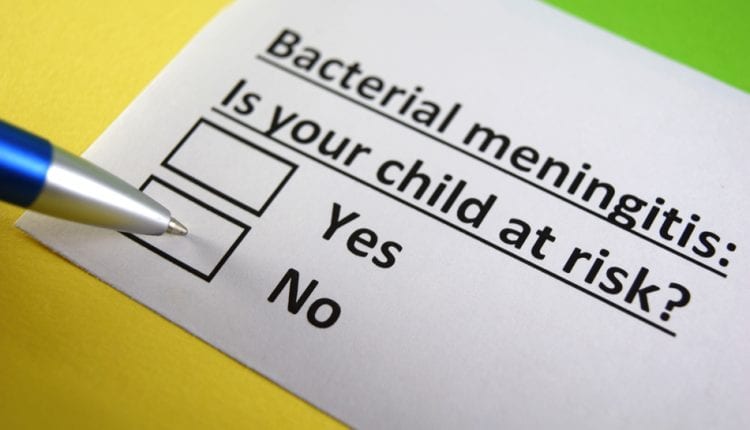 Meningitis is a serious infection. It occurs when the lining around the brain and spinal cord becomes inflamed. The infection is mostly caused either by bacteria or a virus. Bacterial meningitis can lead to brain damage, deafness, blindness, epilepsy, blood poisoning (septicaemia) and even death. The bacteria can spread through prolonged close contact.

It is an infectious disease and the bacteria can spread to people through prolonged close contact—for example within families—probably by coughing, sneezing or kissing.

What are the symptoms to look out for with meningitis?

Every case is different—while there are lots of symptoms, they don’t always appear in every person, and there’s no specific order.

It is important to know that not everyone gets a rash, so don’t wait for this before seeking urgent medical attention.

If a rash doesn’t fade under pressure it’s a sign of blood poisoning caused by meningitis (meningococcal septicaemia) and you should get medical advice right away.*

To tell whether or not this rash is an indicator of meningitis, you should do the glass test:

If you are in any doubt seek medical advice.

What is the potential impact of meningitis?

Meningitis can strike quickly, but its impact can last a lifetime. We know that meningitis and septicaemia can turn your world upside down, leaving many victims with after-effects.

How can meningitis be prevented?

Vaccinations offer some protection against certain strains of meningitis. These include the:

Who is most at risk?

Meningitis can affect all ages, but it’s more common in babies and young children. The next most vulnerable group is teenagers and young adults because of increased social mixing at these ages, leading to increased spreading of the bacteria. It’s important to know the signs and symptoms listed above as meningitis and septicaemia can strike at any age, with 21 percent of cases of meningococcal disease due to Men B reported between January and March 2017 occurring in those aged 45 and over[ii].

Boots fully supports the NHS decision to vaccinate the most vulnerable age groups against meningitis. They also recognise that some people may want to consider vaccination for themselves or their children, but they’re outside the age range for the NHS programme. For this reason, they provide a private Meningitis B Vaccination Service in over 350 Boots Pharmacies for adults and children aged two and over.

For more information and current prices for the private Meningitis B vaccination service, go to www.boots.com/menb

Boots donates £1 for every person vaccinated to Meningitis Now