The Germans are footballing legends and the British have a long-standing rivalry with them. Discover more about their national dish and to prepare it, here. 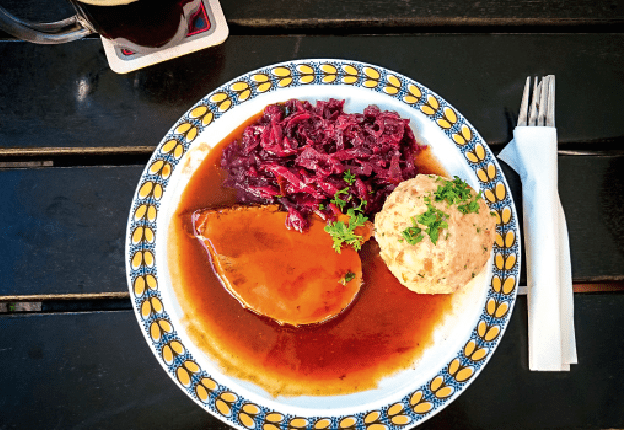 Germany is among one of the most successful national teams in the history of the FIFA World Cup. So successful, in fact, that it has won four championships in total: 1954, 1974, 1990 and 2014. In addition to this, they have also been runners-up on four occasions. Will they be able to clinch their fifth win?

The country’s cuisine varies from region to region. Bread is a significant element, as are currywursts, weisswursts and bratwursts. Sauerbraten, a pot roast usually served with red cabbage, potato dumplings and spätzle, is its most popular dish.

2. Season flour to taste in a large bowl and sprinkle over beef.

3. Heat oil in a Dutch oven over a medium heat and cook beef until browned. Pour marinade over beef, cover, reduce heat to low and simmer for 3-4 hours, or until beef is tender. Remove beef and slice.

4. Remove solids from the liquid and continue cooking. Add gingersnaps and simmer until mixture is thickened. Serve sliced meat topped with the gravy and accompany it with red cabbage.