How Gardening Can Beat the Blues and Boost Your Brain 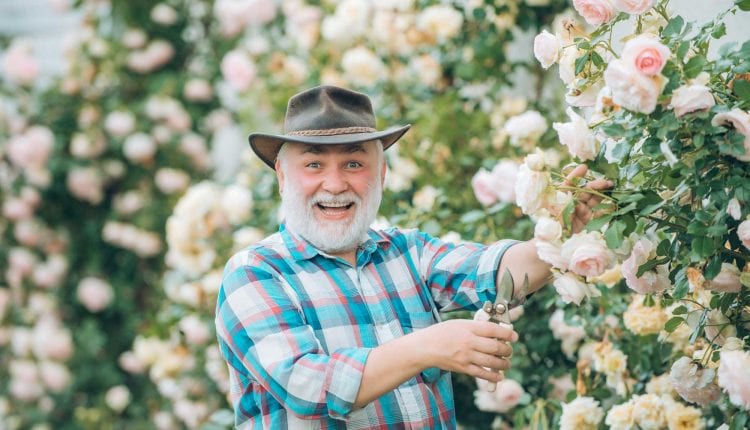 The study, titled Why Garden? – Attitudes and the Perceived Health Benefits of Home Gardening is published in academic journal Cities, the International Journal of Urban Policy and Planning and concludes that frequent gardening activity boosts well-being and provides the same kind of physical fitness that we usually associate with more traditional workouts.

See also: Is Artificial Grass Right For My Garden?

Gardening is an extremely popular pastime in some cultures. In the UK for example, it is estimated that 49% of the adult population takes part in gardening activities (Department for Culture Media and Sport, 2017) and that there are 24 million domestic (home) gardens in the UK; a country with a population of 66 million people (Office for National Statistics, 2015).

Exploring nature and engaging with green space is now linked with health and well-being benefits, and for urban residents, parks, nature reserves, street trees and gardens have been shown to be important locations to relax, find restoration from stress, engage with physical activity and help restore a sense of balance in one’s life. Such aspects may help offset more serious mental and physiological health problems . Community gardening has often been associated with health and social benefits, but increasingly private residential gardens have also been linked to health and well-being improvements.

Domestic gardens have been linked to reductions in social, emotional and behavioural difficulties in children, better physical and mental well-being in mid-aged and older people, a reduction in the incidence of depression in older people, the prevention of stress and the capacity to support stress regulation. A study in Japan showed that domestic gardening was beneficial to the elderly, with positive effects on subjective happiness and habits around physical exercise and diet.

See also: Escape To The Country – The Benefits Of Countryside Living with Calor

RHS to Assemble Biggest Gardening Army Since WWII’s ‘Dig for…

Physical access, alongside viewing a garden, has been shown to improve well-being in older people, and increasing the proportion of greenery in a garden can boost the positive well-being effects. One aspect the researchers noted is that in addition to increasing the area of vegetation, plant diversity may also be important- or as they put it, “Enhancing the number of plant taxa present has been linked to stronger restorative effects”.

The researchers found that exposure to sunlight, healthy bacteria, and greenery, what they call the “daylight spectrum”, increases levels of the the mood-stabilising hormone, serotonin, and helps the brain to focus. Apart from making the work associated with gardening seem like less exertion than it actually is, the vitamin D provided by direct sunlight increases the amount of energy generated while exercising and increases the oxidation of the body tissue.

Pointing out that a gardener is essentially performing the same physical motions as are needed for lifts and squats in between walks, the research concludes that 30 minutes of gardening is equivalent to 30 minutes of badminton, volleyball, or yoga with respect to the calories being burned.

The researchers concluded that gardening at least two to three times a week enjoyed the greatest benefits, including a lowering of blood pressure which has been indicated in earlier studies.

See also: Your Summer Garden Could be Toxic to Your Pets

The report concludes: “The data supports the notion that domestic gardens should be given greater prominence in urban planning debates, due to the role they play in providing health benefits.” The researchers point out that while gardening has significant physical health benefits, it’s also of great benefit to mental states.

The mechanism by which gardening improves your mood is fairly well understood; any kind of physical activity and exposure to sunlight will stimulate the production of chemicals in the brain that are essential in mood regulation. A new angle the researchers came up with is the claim that bacteria that thrive in greenery can also contribute to the production of serotonin.

A questionnaire was distributed electronically within the UK, with 5766 gardeners and 249 non-gardeners responding. Data were collated on factors including garden typology, frequency of gardening and individual perceptions of health and well-being. Significant associations were found between improvements in well-being, perceived stress and physical activity and more frequent gardening. Gardeners scored higher on average than non-gardeners in the study, and this was doubly true for people with existing health conditions. Moreover, satisfaction/engagement improved as the amount of green space increased in people’s gardens.

There was evidence that satisfaction with one’s front garden and the time spent in it increased as the proportion of vegetation was enhanced. The researchers said that the data supports the notion that domestic gardens should be given greater prominence in urban planning debates, due to the role they play in providing health benefits.

The Health Benefits of Coconut Water for Kids