With a full year of gardening now ahead of us, although we are still in the midst of winter it is perhaps time to start planning just what we are going to do for our gardens in 2013. 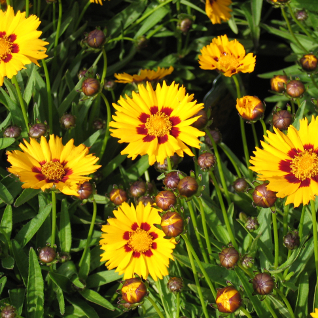 Here are a few trends for the New Year which we expect to take over in 2013!

With so many people flocking to city locations these days, more and more people are yearning for a little bit of nature in their sky top retreats.

A good idea could be to invest in a rooftop greenhouse or garden, giving you the opportunity to enjoy your own personal green space.

With food prices skyrocketing almost on a daily basis, it is expected that during the New Year more people will turn to growing their own food in the urban areas.

Although urban farming isn’t at all anything new, urban farmers, once established, have the luxury of growing, selling and eating anything that they so wish; from potatoes to the keeping of honey bees.

With so much emphasis now put on the health of the environment and everything green; it is time for gardeners and horticulturalists to put their feet forward to buy local; saving time and money.

Living Apart in a Plurt

Buying native plants to our country will not only help sustain the natural environment in your garden, but also cut down on the amount of energy (and pollution) that it needs to transport them.

According to About.com, the easiest and cheapest way to go green and organic is to grow vegetables, offering a double pronged attack in the battle to reduce your carbon footprint.

As economic measures are becoming the norm these days, it is expected that more and more people will soon embark on creating their own garden art and sculptures throughout the year.

Though DIY art has always been relatively popular, with more tightening of belts forecast throughout the coming year, it is expected that charity, drift shops and even beaches will become more popular as the year continues.

With this in mind, there is absolutely nothing wrong with buying second hand furniture and collecting drift wood to make your own. If you’re aiming to achieve that much rewarded rustic style; drift shops and the beach are the best places to start.

Learning about the garden and environment is due to be a big thing in 2013. Now more than ever, school pupils are being taught the value of nature with thousands of schools now teaching some form of gardening to their students.

With  prices being found at such a high price alongside the amount of families struggling with income; horticulture offers one place where students can flourish in their future.

For more information on garden ideas for 2013, visit Hartley Botanic.

The Top Garden Trends for 2020