According to new research from Gardeners’ World magazine, gardening is no longer just a decorative hobby, but a way to grow your own food 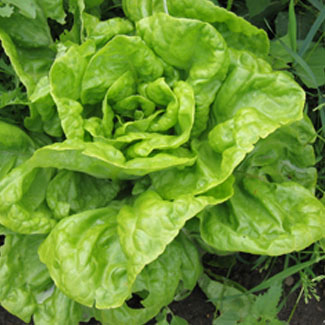 Nothing tastes better than fruit and vegetables you’ve grown yourself. A survey of Gardeners’ World magazine readers found that if they had to choose, 50 per cent of gardeners would grow vegetables ahead of flowers, with 48 per cent choosing flowers.

Editor of Gardener’s World magazine, Adam Pasco says “What better way to beat the credit crunch than by growing your own crops from a seed, a simple skill every gardener should learn and pass on to the next generation. And as well as saving money, growing your own is eco-friendly and terrific exercise.”

A majority of 89 per cent of vegetable-growers voted tomatoes as the preferred vegetable to grow, followed by salad leaves, potatoes and runner beans. One vegetable that didn’t make it to the top ten was cauliflower, with only 5 out of 850 of those surveyed planning to grow it. 63 per cent will grow their vegetables in pots and containers, but almost half of all gardeners now have assigned areas in which they grow their vegetables. 15 per cent make use of allotments, supporting the National Trust’s claims of a considerable boost in demand.

There are many advantages of growing your own fruit and veg, the main one being the price. It’s very cost-effective, and you can reuse the seeds from the crop for the next year, so it becomes a long term saving. You also have the choice to grow things that you prefer – vegetables that your local store might not sell. Not only that, but the vegetables will be fresher when you pick them yourself, making them taste better than what you buy at the supermarket.

It’s Time to Organise Your Shed

Patio Design Styles That Will Enhance Your Outdoor Space

What Could a Garden Room Add to Your Life?