A new survey reveals that modern mums are putting in an average of 13 hours a week in the kitchen in an effort to keep fussy eaters happy and healthy. 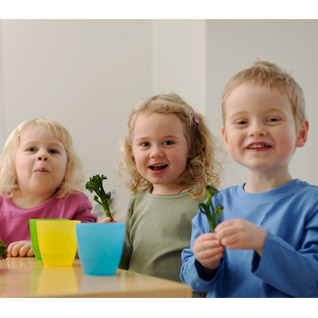 Mums’ lives are busier than ever before, with more mums returning to work sooner and for longer hours. However research suggests that they are still bearing the brunt of the responsibilities at home, in particular what is perhaps the greatest challenge of all – the family cooking.

The survey, commissioned by Tenderstem, reveals that the average mum spends an incredible 13 hours a week – the equivalent of the best part of a waking day every week – in the kitchen preparing and cooking meals for her family. This equates to nearly a whole month (28 days) over a year of cooking – more than 4 and a half years over an average women’s lifetime.

A major reason why mums are spending so much of their lives in the kitchen is down to children who are fussy eaters – with 67% of the 2,000 mums surveyed admitting to cooking up several different evening meals for their children, often because they don’t like ‘grown-up’ foods or are particularly fussy eaters. Another key issue relates to family members arriving home at different times, with 59% of mums having to prepare meals earlier and then later on in the evening.

In fact, 72% of those asked have cooked more than one meal at a time to keep individual family members happy. Of these, two thirds (68%) admit to making at least two meals and just under a quarter of mums make 3 different dishes at a time on a regular basis.

The survey results also shone a light on the extent to which mums are having to multi-task in order to get everything done, with the vast majority (95%) covering other chores while cooking. In fact, on average mums are juggling at least two additional jobs while they are cooking – with more than a third (36%) doing three extra chores all at the same time.

This could go some way towards explaining why a fifth (20%) of mums surveyed admitted that they didn’t enjoy cooking at all – rather they saw it as just another chore. The majority (55%) explained that they only enjoy it when they have the time to make something nice.

“The survey by Tenderstem backs up exactly what I find in my own work. The reality – and irony – is that despite the UK’s renewed love affair with cookery books, shows and chefs, home-cooking is becoming something that modern mums endure not enjoy.

“Not only that but on top of the ‘domestic goddess’ pressure and pretence, we’re also being expected to squeeze in extra time for high-brow hobbies, gruelling exercise routines, and even date nights with our husbands – who are we kidding?!

“The cost of extra ingredients required for all these additional meals throughout the week can add up. In fact, according to the survey by Tenderstem, spend on additional ingredients adds another 25% on to the weekly family food bill.

“It doesn’t need to be this way. The solutions are all there, I promise – in my house I try to cook double and freeze half and choose veggies that only take a few minutes to steam. A few simple changes like these can help kick modern mums out of this kitchen rut.”