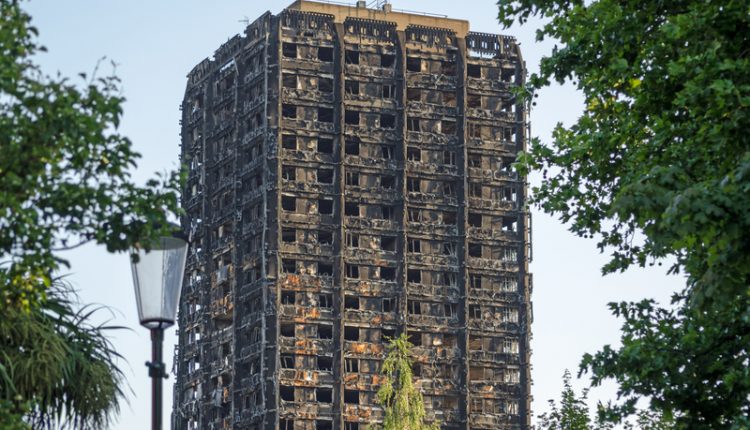 It is exactly five years to the day the Grenfell Tower fire, which saw 72 people lose their lives, the worst UK residential fire since the Second World War. The fire burned for approximately 60 hours before it was extinguished by firefighters. To mark the anniversary, various events will be taking place within the capital.

A memorial service will be held at Westminster Abbey from 11:00 BST, while a 72-second silence will be observed at the Westfield shopping centre at 14:00. The names of the 72 victims will then be read out over the public address system. Additionally, roses will be laid on the Innocent Victims’ Memorial, and an abbey bell will toll 72 times.

Chairwoman of campaign group Grenfell United, Natasha Elcock, said: “This week will be a difficult week for everyone affected by the Grenfell Tower fire.

“For many of us the events five years ago are still so raw in our minds and our losses remain heavy in our hearts.”

Over the past five years, a number of serious questions have been asked about the fire, which has also brought about a UK-wide inquiry and the commissioning of the Hackitt Report to find any other high-rise buildings with similar cladding to that used on Grenfell Tower, and to make sure people living in these homes are not at risk of a similar disaster. However, the urgency from the public inquiry, which has been going through evidence since 2018, has since slowed down, and many residents who survived the fire are left with a number of unanswered questions, with some calling the disaster a “tragedy in three acts” this week. The Building Safety Bill is one of the key introductions since the fire.

Within the first phase of the inquiry, it was found that the reason that flames engulfed the building, situated in West London, was an aluminium composite material (ACM) cladding and combustible insulation, used on the exterior of the building as part of renovations finished off in May 2016. This is the subject that has experienced the majority of political and media attention over the past few years. The government has previously stated that it has set aside funding of around £5.1 billion to remove cladding from other buildings.

In 2018, the government banned the installation of the same type of ACM cladding and other combustible materials on the external walls of residential buildings higher than 18m. More recently, ministers have revealed plans to ban metal composite panels with an unmodified polyethylene core from being used on any building regardless of height. This is to come into effect on 1st December. Also, Robert Jenrick, the former Housing Secretary, announced that sprinklers will be mandatory on all new-build residential buildings taller than 11m. But despite these plans set out by government, the issues of unsafe cladding within existing buildings and the payment for its removal is still a very sensitive debate for many.

Where does the responsibility for refurbishment lie? Usually, the costs for constructing brand new flats is burdened on owners of the whole building and the freeholder. However, in reality, costs were often being passed over to the leaseholders, for instance in cases where the original builders were no longer in business. But in January, current Housing Secretary Michael Gove announced that leaseholders would no longer have to pay to remove dangerous cladding from their buildings under new government plans. In April, the government announced that major housing developers would have to pledge a minimum of £2 billion to fix any buildings of this size which they had a role in constructing with warnings that those who do not sign could be barred from developing and selling new homes. The building industry also agreed to paying an extra £3 billion over 10 years through the Building Safety Levy, chargeable on all new residential buildings in England. This money will be used to adjust buildings where those responsible for the cladding could not be identified, or forced to pay.

The Building Safety Bill which received Royal Assent on 28 April 2022 has been described by government as “the most significant and fundamental changes to building safety legislation in decades.” The bill has taken into account a lot of the findings within the Hackitt Report but most the measures within the report are expected to be administered by 2023. The bill has been designed to provide residents more power to hold builders and developers to account and strengthen sanctions against those who threaten their safety.

It is clear to see that five years on, debate continues, and the government has been put under intense pressure to make the right decisions when it comes to building safety. Today, the many thousands remembering those who died in the fire will be wondering what should have been done to prevent such a disaster. Many point out that despite obvious failings in buildings practices, safety standards and inspection regimes, no-one has been found guilty on any criminal charges – in fact some companies have refused to give evidence at the hearings unless they are absolve of any criminal responsibility.

The findings found in the inquiry and report have revealed many details which residents have been quick to support, but with the new Building Safety Bill in motion, will residents living in similar buildings have any more confidence in their safety?

A Dairy Alternative With All the Nutrients of Milk