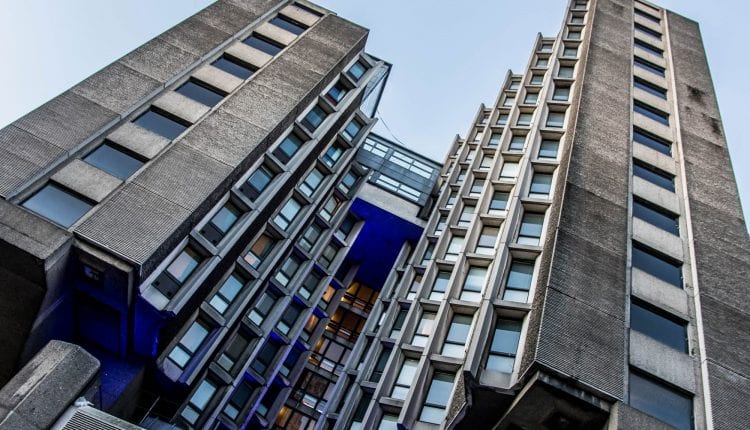 Flatowners in blocks with exterior cladding have found themselves unable to sell or safety check their properties due to delays with fire safety tests.

Since the Grenfell Tower fire disaster in 2017, moves to safety check high-rise buildings using similar types of insulating external cladding have gone frustratingly slowly. Now many flatowners are finding that they cannot sell their properties, or even get them valued, because they can’t get the necessary safety certificates.

Revised rules on which materials could be used in new high-rise blocks more than 18 metres tall have been introduced, but this leaves thousands of existing buildings with potentially combustible cladding.

In December 2019, the External Wall Fire Review (EWS1) process was launched by the banking trade bodies UK Finance and the Building Societies Association (BSA), and the Royal Institute of Chartered Surveyors (RICS).

This survey assesses materials safety and offers peace of mind to sellers, buyers and lenders, but initially applied only to blocks 18 metres or taller. But with the announcement of revised fire safety guidance shortly after its launch, insisting that potentially dangerous cladding hold be removed from buildings of any height, the EWS1 survey could be mandated by mortgage lenders on properties under 18m in height as well.

Problems have been caused because some mortgage lenders are accepting applications on buildings under 18m in height without an EWS1, while others are not. In some cases owners have found themselves unable to sell or remortgage without the EWS1, as the property is essentially worthless.

See also: Why Home Ventilation is A Health Essential

Freeholders who would be responsible for applying for an EWS1 have in some cases told property owners that the EWS1 is not mandatory for buildings under 18m, that the building does not contain cladding, or that the certification process can take anything from 18 months to ten years.

A lack of qualified fire safety engineers has been stated as the reason for the long waiting list, and in cases where it was found that work needed to be done, this could take years and could be at the expense of the leaseholder.

See also: Property Prices Defy Coronavirus Crunch – But How Long Can It Last?

There are fewer than 300 qualified chartered fire engineers who can carry out an EWS1 survey to assess the suitability of cladding on high rise buildings, housing minister Christopher Pincher has revealed.

In response to a written question from Ruth Cadbury, Labour MP for Brentford and Isleworth, he said: “The EWS1 process was designed by the Royal Institution of Chartered Surveyors to support the valuation of flats in high-rise blocks… In some cases, this will require an assessment by a fire engineer. The Institution of Fire Engineers has informed the Ministry of Housing Communities and Local Government (MHCLG) that there are around 291 chartered fire engineers.”

He noted that government was working with the industry to try to increase this number and improve guidance on assessing cladding and other external wall coverings on tall blocks.

Meanwhile the government wants lenders to accept other evidence that a building is safe, saying they are: “looking at what else we can do to support leaseholders who find themselves in this situation”.

The Leasehold Knowledge Partnership estimates there are 2.8m flats in England and Wales that need some form of confirmation that they are safe.

“A quarter of leaseholders sales are falling through due to cladding” says Martin Boyd from the charity. “Covid has simply made what was a bad situation more difficult as the pressures of moving financially increase”.

At the moment, in cases where both freeholder and leaseholder are reluctant to pay the bills for an inspection or remedial work, an impasse can be reached where both sides are hoping for the government to intervene. So far £1.6b has been put forward by the government towards remedial work, but this doesn’t cover buildings under 18m, and is only a fraction of what will be required for the balance of the work.

RICS, the Royal Institution of Chartered Surveyors, has called for the government to identify which buildings below 18m are unsafe, and to fund remediation work; and the Housing, Communities and Local Government Committee says that the EWS1 scheme isn’t working, and should be reformed by relaxing rules on who can undertake the surveys, clarifying which buildings need to be tested and offering greater guidance on which blocks should be prioritised.

While flatowners in blocks with exterior cladding have found themselves unable to sell or safety check their properties due to delays with fire safety tests, the upcoming Building Safety Bill may or may not offer some help to homeowners, but at the moment thousands face the prospect of safety worries, zero valuations and the possibility of long delays and prohibitive expenses.