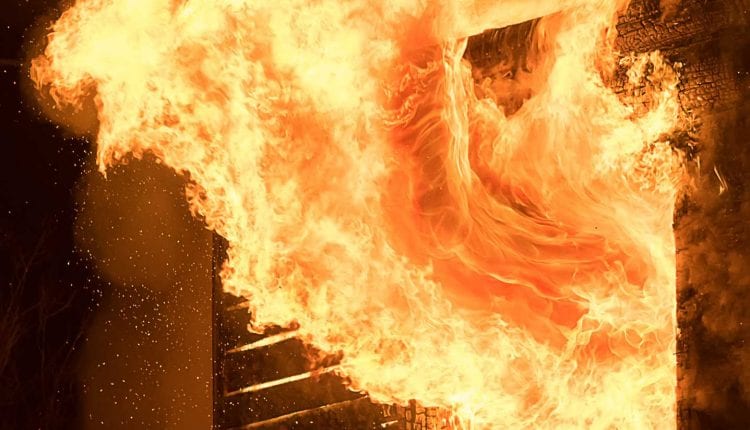 Parliament has broken the four month deadlock over the Fire Safety Bill, with the Bill clearing the House of Lords by a vote of 153-242, a majority of 89. The Bill’s passing will leave many leaseholders, worried that they may have to pay for expensive remedial safety work, angry and confused. Many may face financial ruin as a result of the government’s failure to endure that leaseholders should not pay these costs. So what happens next?

Liam Spender writes: “Since December 2020, the Lords has been urging the government to add leaseholder protection into the Bill. These pleas fell on deaf ears. The government repeatedly rejected amendments. In the end the government did not budge an inch on the wording of the Bill, instead forcing it to a last-minute vote before the current session of Parliament ends.

“Chris Pincher, the Minister of State for Housing, opened the debate. Mr. Pincher served up many of the same platitudes that the government did want to protect leaseholders but would not act to protect them until the Building Safety Bill was introduced to Parliament.

“Mr. Pincher did repeat his promises from Tuesday’s debate, saying that the government would look to bring in a ban on forfeiture as part of its leasehold reform package. Mr Pincher also promised that details of its soft loan scheme for buildings under 18 metres would be published soon.”

Labour condemned the government for putting the interests of developers above leaseholders and the interests of developers above financial stability, with Hilary Benn calling on the government to convene an urgent round-table, free of property interest lobbyists, to discuss how to resolve this situation for the benefit of all leaseholders once and for all.

But the Commons sent the Bill back to the Lords without leaseholder protection, voting 322 to 256, a government majority of 66, though the vote saw a rebellion more than halving the government’s majority, underlining the deep unease on Conservative backbenchers about the government’s handling of this issue.

Lord Newby, a Liberal Democrat peer, said that Chris Pincher – Minister of State for Housing – had responded to the earlier Commons debate with “with all the empathy and grace of a Victorian miller faced by workers’ demands to install expensive safety equipment on all the machinery.”

You can read the Hansard record of the debate here.

But where does this leave leaseholders? Liam Spender again: “Can this problem ever be solved? Yes.

“This is not a difficult problem to solve. It has already been solved elsewhere in the world. The government needs only to look to Australia and Scotland for working model examples of how to resolve this problem.

“A solution to getting the buildings up to the level of safety required probably involves the government providing cashflow funding to do remedial works whilst it comes up with a scheme to collect the money off the developers, construction contractors, cladding manufacturers, building inspectors and others who are ultimately responsible.”

Campaigners point out that other alternatives have been put forward. One of them is to modify the existing laws applied to clean up contaminated land (the Environmental Protection Act 1990) and to ensure that final salary pension schemes are properly funded (the Pensions Act 2004) to force those responsible to pay.

See also: Tackling the Dangers of Carbon Monoxide in the Home

“The Fire Safety Act makes clear that in the case of buildings containing 2 or more residential dwellings the external walls and individual entry doors of flats must be assessed for fire safety. This removes any doubt in the current form of the Fire Safety Order.

“The new Fire Safety Act is a push-pull operation. It potentially pushes more buildings into scope of having their external walls and flat doors inspected than at present. This may worsen the problems already caused by the EWS1 process, if that is what happens.”

But another consequence of the Fire Safety Act is that it could pull many buildings that have been affected by the EWS1 regulations out of scope, by introducing a new policy of new risk-based guidance. This ‘pull’ factor could be a potential beacon of hope for some leaseholders, who might be spared expenses.

But apart from the fact that the Fire Safety Act does nothing to solve the problem or ensure that buildings are safe, two key issues remain. One is that there simply isn;t enough money available to bring buildings up to the safety standard set by the government, particularly if these billions of pounds have to be found by leaseholders. Only the provision of more money from the government will solve this problem, say activists.

The other remaining problem is that the government standards do not give a definition of ‘safe’ other than that it involves not using certain materials as external components. This poor definition, contained in Advice notes but not in law, are what gave rise to the EWS1 safety assessment process, which has rendered many thousands of buildings unmortgageable because they ‘fail’ the tests.

The new Fire Safety Act is an attempt to address this issue, calling for a new code of risk-based guidance against which external walls and flat entrance doors are to be assessed. This definition will form part of the British Standards Institution standard for assessing the fire risk posed by external walls, called PAS9980. You can see the consultation here.

In summary, the BSI document assesses the fire risk of external walls with reference to factors including the type of cladding on the external walls, the characteristics of the building’s population, and the quality of fire escapes and fire alarms.

This risk-based approach is of the sort used in New South Wales and Victoria, Australia, which divides buildings into high, medium and low risk categories, so resources can be focussed on the highest risk buildings.

Liam Spender argues: “The English approach has been to leave the determination of risk to people with vested interests in generating fees and reducing their own legal liabilities, such as managing agents and surveyors. This has resulted in a high failure rate for the EWS1 process.

“This vacuum of responsibility has allowed insurers to step in and to appoint themselves as arbiters of building safety. This, coupled with a hardening of the market as insurers try to recover years of past losses, has resulted in huge insurance premium increases.”

The fear is that the BSI’s guidance will only be effective in breaking this cycle if it is properly implemented by appropriately qualified professionals. If appropriate safety standards are not defined, low-risk buildings which do not require extensive and expensive works may continue to be put up for ‘remediation’ which will cost leaseholders, without imposing legal liability on owners.

Liam Spender’s suggestion is that unless works are already underway, or are required because the local Fire Brigade has imposed a statutory notice requiring works to be undertaken, leaseholders may wish to consider pushing back against works starting. Leaseholders cannot stop works, but sufficient protest is likely to force landlords and managing agents to think again.

“The new risk-based guidance issued under the Fire Safety Act may well be different to the requirements of the Advice Notes. Perhaps some lower-risk buildings caught by the Advice Notes will no longer require works, or will require less extensive works” he says.

“Until the new Act comes into force, we do not know. There is a risk works may not go far enough or may not be required at all. Leaseholders may wish to push back on that basis. Managing agents and freeholders should think twice before demanding money from leaseholders in these circumstances.

“Seeking independent legal advice appropriate to facts of an individual case is also a good idea…. We cannot rule out the risk that some unscrupulous freeholders will go down the road of forfeiture, bankruptcy petitions or seeking judgments against leaseholders. That is why it is important to seek appropriate legal advice and to try to reach an agreement, where possible, on service charges.”

So, did anything come out of the repeated attempts to force the government to reconsider the Fire Safety Bill? The government has promised reforms to protect leaseholders from forfeiture as part of its leasehold reform package due to start going through Parliament later this year. The government has also promises to extend limitation periods for bringing claims against developers and to make it easier to prosecute companies, and their directors, involved in construction.

The forfeiture relief, though welcome, is unlikely to come anytime soon. It requires an Act of Parliament, so is probably at least a year to 18 months away. It will not help leaseholders who cannot pay their bills now.

Liam Spender concludes: “This is not over yet. Not by a long way. Ultimately this is a question of political choice. Only if the government is put under sufficient pressure will it choose to help leaseholders.”

See also: How Can I Make My Home More Energy Efficient?