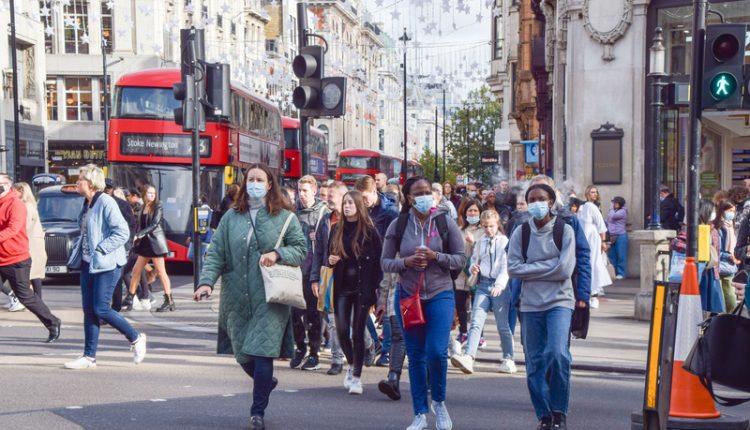 There are indications that the latest wave of COVID infections may have peaked in the younger age groups, according to data from Imperial College London’s latest React-1 study.

The study suggests that infections within children have peaked, and cases appear to be “plateauing” in adults aged 18-55. Despite data indicating that the number of cases within younger people are heading in the right direction, it also shows that prevalence of the virus has increased in the older and more vulnerable age groups.

In general, March was a month that recorded the highest level of infections since the pandemic began, with 6.37% of people in England testing positive for one of the two variants of Omicron, BA.1 and BA.2, between the 8th and 31st March, according to the REACT study. This is up from 4.41% in January.

According to the study: “The high and increasing prevalence in older adults may increase hospitalisations and deaths despite high levels of vaccination.”

Director of the REACT programme and chairman in epidemiology at Imperial College London, Professor Paul Elliot, said: “We are reassured that [the rates] in younger groups seem to be coming down – they can’t go up forever”

However, he stressed that the increase of infections in the older age groups was “worrying”.

The scientists at Imperial have stated that data from various sources had suggested that there has been a rise in socialising in the past few weeks.

“We also know many older people had their booster way back in October or November last year so it’s likely there will be some waning of the vaccine against infection, if not hospitalisation,” said Prof Elliot.

Dr Layla McCay, director of policy at the NHS Confederation, said: “Nearly 20,000 people are now in hospital with COVID in England and the NHS, and its exhausted staff are once again really struggling to cope with increasing admissions and bed occupancy.

“NHS leaders and their teams are increasing their COVID services and reopening coronavirus wards, but the government must take heed, combined with chronic staff shortages, and a waiting list backlog that now tops 6.1 million, we really need a realistic conversation about the current situation in the health service.”

These latest results are the 19th round of the REACT-1 study, a study which has been testing over 100,000 people in England during different times of the year ever since the initial wave of COVID during the early months of 2020. The data collected has been helpful for scientists in learning more about the virus and tracking possible variants of concern. However, it has now reported its final round of results with the programme coming to an end. This is due to the government cutting back on funding certain research projects and removing free coronavirus tests as the UK continue with its Living with COVID strategy.

But scientists have warned that ongoing surveillance must remain to track the progress of the virus and stop any new variants that could emerge.

“It is really important that there is continued surveillance looking for these new variants, and I believe that will be the case,” said Prof Elliot. “As part of the ongoing surveillance of Sars-CoV-2 Covid-19 there is going to be a sequencing facility looking nationally at these variants and picking them up as they appear in the population.”