Forget the socks – what dad’s really want for Father’s Day are supercars and football season tickets, according to a new poll. 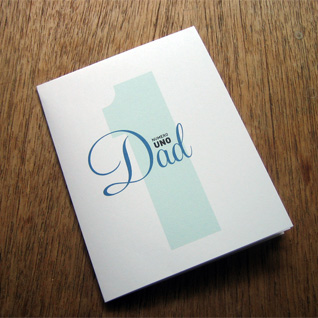 The survey by leading online discount site NetVoucherCodes.co.uk asked 1000 British men what they secretly desired for Father’s Day.
A season ticket to their favourite football club topped the list with almost a quarter of dads – 24% revealing it to be their dream gift.
Next on the list came a dream supercar with more than a fifth of dads – 22% – saying it – or at least an experience day driving one – would be their ideal present.

And a tech loving 12% said they secretly dreamed of receiving a new smartphone or tablet computer from their children on Father’s Day – June 16 this year – while a further eight per cent dreamed of a new docking station for their iPhone or iPod.
Golf was popular with 10% of British fathers dreaming of a golfing weekend surprise from their offspring.
And a stressed-out three per cent of dads said their ideal gift would be a pamper day at a health spa.
Other gifts that featured on the Father’s Day wish list were designer sunglasses, favourite tipple and even deep sea fishing.
One of the fathers surveyed said: “If money was no object I would definitely choose to receive a Ferrari, which would be the ultimate gift for me.
“However this is probably a little unrealistic and I will probably have to be content with a bottle of my favourite whisky.”
Another dad said: “The gift I would most like to receive on Father’s Day this year is an iPad. I have been looking at getting one for a while now, however I am more likely to receive a pair of socks or a tie like last year. It doesn’t matter really what my children decide to buy me as a gift, just the thought and spending the day with my kids is enough.”
A spokesman from NetVoucherCodes.co.uk said: “The survey showed that Britain has a large proportion of sports fanatics and car enthusiasts, almost half the dads we spoke to wished for football season tickets or supercars.
“Spa breaks are often thought of as female friendly but men clearly enjoy them too so perhaps it’s time we all spoilt our dads and let them enjoy a little bit of quality time to unwind.
“Dads deserve a gift they really value for Father’s Day and as our list shows there are a lot of alternatives to the tired old clichés of socks and ties.”