Exercising in old age can prevent the immune system from declining and protect people against infections, a study has revealed. 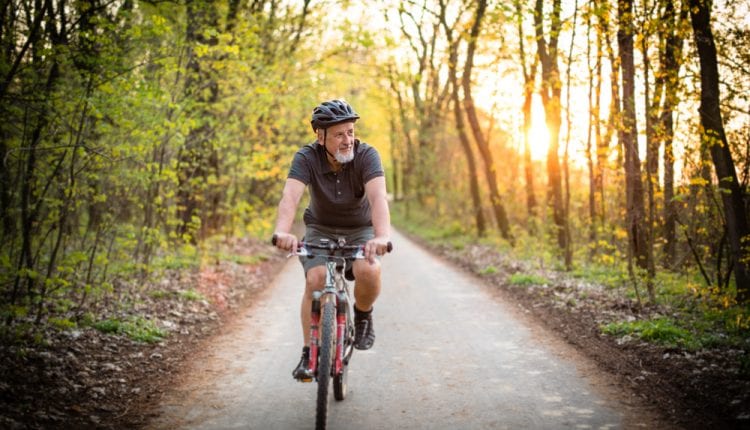 Scientists, led by Prof Norman Lazarus from King’s College London, followed 125 long-distance cyclists, some now in their 80s, and found they had the immune systems of 20-year-olds.

Prof Norman told the BBC: ‘If exercise was a pill, everyone would be taking it.

‘It has the wide-ranging benefits for the body, the mind, for our muscles and our immunes system.’

The researchers looked at markers in the blood for T-cells, which help the immune system respond to new infections.

The cells are produced in the thymus, a gland in the chest, which usually shrinks in size in adulthood.

Speaking to the BBC, Steve Harridge, co-author and professor of physiology at King’s College London, said: ‘Being sedentary goes against evolution because humans are designed to be physically active.

‘You don’t need to be a competitive athlete to reap the benefits—or be an endurance cyclist—anything which gets you moving and a little bit out of puff will help.’

According to the NHS website, cycling is a great way to get in shape without putting too much strain on your body: ‘It’s a low-impact type of exercise, so it’s easier on your joints than running or other high-impact aerobic activities. But it still helps you get into shape.

‘The best way to build your cardiovascular fitness on the bike is to ride for at least 150 minutes every week.

‘For example, you could cycle to work a few days a week, or do a couple of shorter rides during the week with a longer ride at the weekend. You’ll soon feel the benefits.

‘If you’re just getting started, check out our guide to cycling for beginners.’

Probiotics and Your Gut