Exercising may help banish a hangover, but working out is ‘no cure’ for the damage of heavy drinking the government says 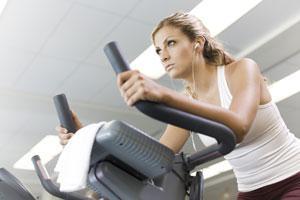 A survey for the Department of Health found almost a fifth of people in England admitted to exercising to “make up” for heavy drinking.

Some people think that by exercising strenuously and “sweating out” a hangover it will help the body overcome the effects of heavy drinking, but the government’s Know Your Limits campaign stresses that while exercise might make you feel better, it doesn’t undo the damage cause by drinking.

The poll also found that one in five people drinks more than double the NHS recommended amount of alcohol per day. For a women this is two small glasses of wine, and three for a man.

Studies show that alcohol may be good for the heart, but organs such as the liver can be gravely damaged, with alcohol mostly to blame for a large rise in the cases of cirrhosis, and the increased risk of stroke.

Public Health Minister Gillian Merron says, ‘Everyone knows that regularly taking part in physical activity is important for maintaining food health. But the truth is, if you have a big night at the pub, you’re not going to compensate with a workout the following day. Damage from regularly drinking too much can slowly creep up and you won’t see until it’s too late’.

‘No shows’ costs the NHS millions

A to Z of alternative therapies