Estate agents – are they working for you or against?

The reputation of estate agents has never been a virtuous one: the 2008 YouGov survey revealed just 10 percent of the public trust them. Extremely worrying when you consider that buying a house is probably the biggest investment you will ever make 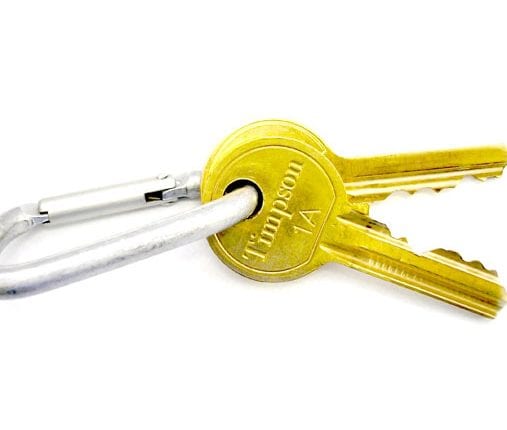 In 2006 the BBC One Whistleblower programme The Secret Agent reported an underworld of savage estate agents who faked signatures, supplied false passports and indulged in dirty tricks to dupe the unsuspecting house hunters. They found an industry full of over-ambitious young graduates who would stop at nothing to sell houses and line their deepening pockets. But three years later, and in the midst of a tough recession, how have things changed in the world of estate agents, and whose side are they really on?

Regulation
There has never been any official training or recognised qualifications for estate agents and, until recently, estate agencies had no regulations, no laws and no governng body. Under the Estate Agents Act 1979 anyone could set up shop, as consumer organisation Which? did in 2004. In just 24 hours, with £143 and no credentials, they started trading as Cheatem & Ripoff and customers were none the wiser. The company was legit as long as they obeyed the Property Misdescriptions Act 1991. In October 2008 the rules were tightened slightly – agents must now register with an approved agent redress scheme.
Simon* worked for London based agency Foxtons for two years: ‘I had a week’s intensive training at the start with 20 others. Every Tuesday to Thursday they would have another new lot of 20 come in but no one ever lasted very long because it was so tough.’

Tricks of the trade
Anna* was employed by a smaller specialist agency, initially as a receptionist but soon moved on to selling. ‘We were taught to read the reactions of the potential buyers,’ she says. ‘If they came in and said they liked “the feel of the kitchen”, we were told to think in terms of the “feel” of the rooms.’ Previously she had an interview at Foxtons: ‘They asked me if I would stab a colleague in the back for a sale. I knew then that I couldn’t work in an environment like that.’
With no more qualification than a sharp suit, rogue agents charm and trick their way into deals and overvaluing properties is a favourite. ‘Aiming high pleases the potential seller into signing up with an agency,’ says Simon. ‘This beats the opposition. If it sells, the agent gets a higher commission, but no problem if it doesn’t because it gives the agent the chance to knock down the price.’
Estate agents will always try to upsell to make as much money as possible. ‘If a client said they were looking for a house at £300,000 we were told to always show them one 10-15 percent above to really push their limits,’ says Simon. ‘We would show them the most expensive one last so it would be the most memorable and they would finish impressed. If they were looking unsure one of our key persuasion phrases we were told in our training to ask was, “How much would you pay for perfection?”’
At the other end of the spectrum some estate agents are known to feed false low offers to the seller to force them to bring down the price for a quick deal and commission in their back pocket.
Anna says “conditional selling” is also commonplace. This is where potential buyers who agree to take out mortgages and other financial services with the estate agent are given unfair advantages.
The agency Anna was employed by worked by the book but, she says, ‘There would always be stories on the grapevine of brown envelopes and backhanders being passed around. I heard one story of a developer who offered an estate agent £50,000 to take some properties off the market so his would sell better. The estate agent did it and his brown envelope arrived, with just £500 in it. There was nothing he could do – it’s a hard-nosed business.’

Property crunch
‘Buyer interest is now at levels not seen since 2006,’ says Ian Perry, spokesperson for the Royal Institution of Chartered Surveyors. ‘But without mortgage finance the housing market is at a standstill and transaction levels at an all time low.’ The unprecedented slump in the housing market means estate agents are having to work harder for their money: ‘Hiding keys from other branches so they couldn’t show clients round was normal,’ says Simon. ‘Everything was a competition at Foxtons. Negotiators hid information from each other, and wouldn’t log conversations with clients onto the computer system so they could have one up on their colleagues. I can’t imagine what horrible selling tactics they are using now; they must be on their knees begging people to buy.’
And it isn’t just the frontline negotiators with questionable morals. ‘Managers wouldn’t put forward our offers to the developers,’ says Simon. ‘They had complete favouritism for their “golden boys” and would take houses off the market from under our noses so their favourite employees could sell them for the commission. They would hide essential things like floorplans, making it impossible for us.’ And with a basic wage of just £10,000, the 10 percent commission is what pays the bills. ‘I had a buyer for a house but my manager took it off the market before the deal was finalised. Then I overheard him talking about it being for sale, so I reiterated my bid. But the director wouldn’t pick up the phone to me because he was so desperate to sell to his “chosen buyer”.
‘You have to remember they have a difficult job to do,’ he says. ‘But would I trust an estate agent? Probably not’.

Speaking the language
Estate agents have their own language, full of hyperbole, exageration and pressure tactics. So if you’re looking to buy, learning some basic lingo will help.

According to the Royal Institution of Chartered Surveyors (RICS) sales have fallen to just one house per agent a week – the lowest level since it began collecting data in 1978. Thirty-two thousand agents have already lost their jobs and 4,000 offices have ceased trading, with numbers likely to rise as the credit crunch bites harder. Newspaper front pages confirm the fall in house prices, featuring stories of estate agents with nothing to sell and agencies closing down. Chris Wood, president elect of the National Association of Estate Agents, believes this “Darwinian” loss of agencies will leave us with a new breed of super agents. ‘When things are allegedly easy, you get a lot of Johnny-come-latelys who think estate agency is an easy way to make money,’ he says. ‘It’s those agents who are going out of business.’

Times are changing
Stories of wayward estate agents are disappearing thanks to changes to the law in October 2008. ‘The problem is over the 10 years of boom, there’s been a lot of rogue estate agents out there,’ says Gary McCausland, Home Angels’ property guru. ‘Those guys have let people down and the general public don’t feel they have an option.’ But it is now compulsory to be registered with a Government-approved scheme in case of redress. The Ombudsman for Estate Agents (OEA) was the first redress provider to be approved and now protects at least 92 percent of all UK residential estate agency branches. Ombudsman, Christopher Hamer says, ‘My powers allow me to make awards of compensation for financial loss and/or aggravation, distress and inconvenience, where I feel that is appropriate.’ All member agencies and their agents must obey the strict Code of Practice approved by the Office of Fair Trading, or face dismissal. The code states, ‘You are expected to provide a service consistent with fairness, integrity and best practice and you should not seek business by methods that are oppressive or involve dishonesty, deceit, misrepresentation or harassment.’

New ideas
As the incredible downturn in the housing market does its worst, residential estate agents are trying new initiatives to survive, with some opening lettings divisions to capitalise on the new demand. Peter Bolton King, Chief Executive of the National Association of Estate Agents (NAEA) and the Association of Residential Lettings Agents (ARLA) says, ‘This scenario does worry me as it could also result in serious problems to both the agent, landlords and tenants if the letting agent does not have sufficient experience or qualifications. Knowledge of the relevant legislation and regulations governing lettings is essential.’ There are over 3,500 ARLA member offices in the UK, all of which have demonstrated they have a thorough knowledge of their profession and work to the best practice.

An undeserved reputation?
Anna and Simon had two very different experiences working as estate agents. Anna’s pay structure was not one that relied so heavily on selling. ‘I was on a high salary because I was selling million pound houses in Knightsbridge – we focused on quality, not quantity.’ Other agents working in London firms earn a basic salary of about £25,000 and receive a share of the overall office commission, encouraging more teamwork and less competition between colleagues.
‘It was my job to make them feel at ease in the property,’ says Anna. She says she doesn’t believe in harsh, pressurised selling techniques. ‘At the end of the day people won’t buy if they don’t want it – your job is to make them see they do want it. You’re trying to make them feel it’s their home.’
Sophie Allsopp, television presenter and younger sister of Kirstie, started out as an estate agent. She thinks their bad reputation is unfair. ‘People forget an estate agent works for the vendor not the purchaser, and in many cases it is the behaviour of the seller not the agent that is to blame. A perfect example is gazumping. If a vendor has accepted an offer and then the agent receives an offer from another party prior to exchange of contract, the agent is legally obliged to pass the offer on to the vendor. If the vendor then chooses to reengage on the first offer the estate agent will usually get the blame, although it is the vendor’s responsibility.’
However, in the recession hit UK, gazumping has given way to gazundering – buyers waiting until everyone is poised to exchange contracts then reducing their offer at the last minute, threatening the collapse of the chain and leaving the seller with little choice.
Thanks to the Estage Agents Act changes of October 2008, property is now a stricter, more regulated industry. Estate agents suffer pressure from the top to perform their best, to do whatever they can to survive, particularly in the current market. ‘The strongest agents will survive the credit crunch – the people who are smart and good at what they do,’ says Gary. ‘You’ll get new development companies and new estate agents coming up with new concepts. They need to embrace the changes rather than fight against them, but there are opportunities. Good estate agents are worth their weight in gold.’