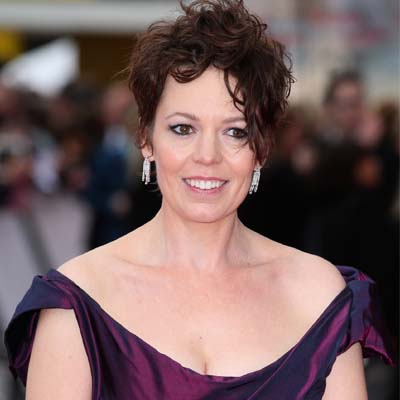 The 73rd edition of the Emmy awards took place on Sunday night with Netflix’s drama The Crown and Apple TV’s comedy Ted Lasso the biggest winners, in a show which saw British talent dominate with stars such as Ewan McGregor, Olivia Coleman and Kate Winslet collecting awards.

The awards ceremony, known as the biggest night in US Television, took place in Los Angeles, 12 months after last year’s pandemic-hit awards, with the majority of the nominees attending in person. It was hosted by US comedian, Cedric the Entertainer and saw a very successful night for British Actors and Actresses.

“What a lovely end to the most extraordinary journey with this lovely family,” Colman said, reliving her last series of playing Queen Elizabeth II.

“I loved every second of it and I can’t wait to see what happens next.”

“I wish my dad was here to see this. I lost my daddy during Covid, and he would’ve loved all of this,” she said as she became emotional.

The Crown’s victory within the best drama category is not the first time that a streaming service has won a top prize at the Emmys, however it does mark as a first triumph for Netflix. The streaming site’s combined total of 44 wins this year means that it has overtaken its rivals HBO.

The Apple TV comedy, Ted Lasso also scooped a number of awards, named as the best comedy, while the show’s lead star, Jason Sudeikis collected the award for best comedy actor. The shows depicts a story of a US football coach, who has hardly any knowledge of the sport, moving to England to coach a fictional Premier League team, AFC Richmond. British success was also evident in this series as two of its British Actors, Brett Goldstein and Hannah Waddington, were crowned best supporting actor and actress in the comedy category for their roles as grumpy AFC Richmond captain, Roy Kent and AFC Richmond owner, Rebecca Walton.

“This show is about family, it’s about mentors and teachers, it’s about team-mates,” Sudeikis said receiving the award. “And I wouldn’t be here without those three things in my life.”

Co-star Waddington, who had previously been a successful actress in theatre, welcomed for more talented stars within the theatre industry to be given more roles within Television, during her acceptance speech.

“West End musical performers need to be on screen more,” she stated to the audience. “Please give us a chance because we won’t let you down.”

Goldstein when receiving his award affirmed that starring in the comedy had been “one of the greatest honours” of his life.”

Other British winners on the night included Michaela Coel, Kate Winslet and Ewan McGregor. Coel was recognised for her drama I May Destroy You, winning the award for outstanding writing.

“I dedicate this story to every single survivor of sexual assault,” she said as she collected her award.

Coel also used her speech to express writers to “Write the tale that scares you, that makes you feel uncertain, that isn’t comfortable, I dare you.”

Winslet and McGreger were named best actress and actor in their roles in the Sky’s Mare of Easttown. Winslet, who played a police detective in the gritty murder drama won the award, recognised as one of the categories beating the likes of Cynthia Erivo, Elizabeth Olsen and Anya Taylor-Joy.

“I want to acknowledge my fellow nominees in this decade that has to be about women having each other’s backs. I support you, I salute you, I am proud of all of you.” Winslet declared.

“Mare of Easttown was this cultural moment,” she continued. “It brought people together and gave people something to talk about other than a pandemic, and I want to thank everybody for watching our show.”

The final award of the night went to drama The Queen’s Gambit, which took home best limited series ahead of the likes of Mare of Easttown and I May Destroy You.

Elsewhere at the awards, the Memoriam section of the ceremony included heartfelt tributes to stars who have recently passes including Michael K Williams, Larry King, Helen McCrory and Cicely Tyson.

Debbie Allen, was this year’s recipient of the governor’s award, the TV Academy’s lifetime achievement prize, becoming the first ever black women to be rewarded with the trophy.

Folic Acid to be Included in Flour Under New UK Rules