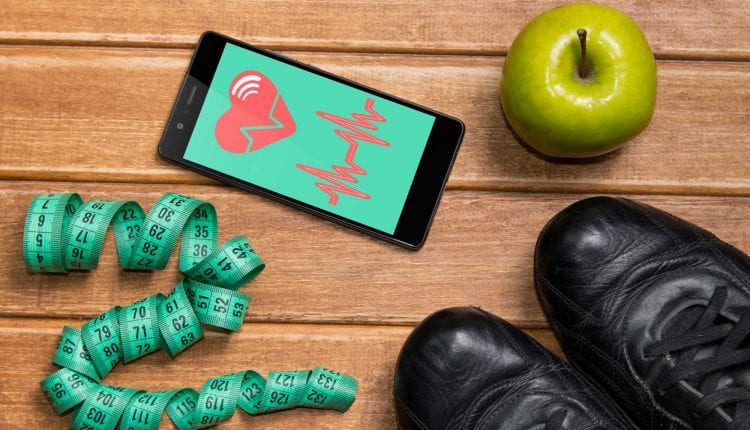 The Healthy Child celebrity guest editor Dr Ranj Singh has expressed his concern over a health app aimed at children, particularly its concern with weight.

Commenting on the launch by WW (formerly Weight Watchers) of an app aimed at children aged from eight to 17, Dr Ranj Singh said on his Twitter account: “This sounds a bit concerning. Apps for children need to be responsible and assessed for potential harms… ‘weight loss’ apps especially.

“We need to be focussing on healthier eating & more activity in children, not obsession over numbers.”

@Sirindabhandal tweeted: “Agree, my daughter started using a calorie counting app when 15 and wouldn’t put anything in her mouth unless she knew the exact calories of it – she did become a little obsessed by it. Thankfully she isn’t using it anymore and focusing on healthy eating, rather than numbers.”

@jenlion said: “This upsets and worries me for many reasons”, and @eyelinerqueen commented: “I can only say “same”. As someone who has struggled with weight in the past (and who hates her wedding photos as oh so skinny), this can be so dangerous to youngsters. I have a 7yo and could see how he could become obsessed with weight and calories so easily.”

@ItsameSarmo tweeted: “It’s one thing to want to deal with a child obesity problem, it’s another to push harmful diet culture on them before they’ve even hit high school”, and @AmyBiggsy responded: “So disturbing. Children can be taught about a balanced diet without calorie counting. It is a slippery slope.”

Dr Ranj Singh on Boys, Growing Up and Mental Health

As reported on Sky News, WW released the app Kurbo this week, an app aimed at children aged between eight to 17, which they call a “scientifically-proven behaviour change programme” to help children “reach a healthier weight”.

The app is based on a Stanford University paediatric weight control programme and offers coaching as well as a way to track food intake and weight.

But the app has been criticised by celebrities and nutritionists as well as members of the public, who fear it will make children obsessed with weight and counting calories.

The Good Place star Jameela Jamil tweeted: “Oh f*** no… are we kidding? Breeding obsession with weight and calories and food at the age of…8? I was 11 when my obsession started, due to being put on a diet for being the heaviest girl in the class. I became afraid of food. It ruined my teens and twenties.

“If you are worried about your child’s health/lifestyle, give them plenty of nutritious food and make sure they get plenty of fun exercise that helps their mental health. And don’t weigh them. Don’t burden them with numbers, charts or “success/failure.” It’s a slippery slope.”

WW said of the app, which costs $69 per month in the US, “To change the health trajectory of the world, we have a tremendous opportunity, but also a responsibility, to help kids, teens and families. With Kurbo’s proven platform, we can be a trusted and powerful partner for families, as part of our mission to inspire healthy habits for real life, for everyone.” Joanna Strober, co-founder of Kurbo, said she could “personally attest” to the app’s importance after her son struggled with his weight at a young age.

The app allows children to log food using a traffic light rating system, practice breathing exercises, and look at recipes, as well as going through 15-minute personal training sessions designed to match their health and fitness goals. Parents of users will be emailed weekly shopping lists, recipes and a newsletter with ideas to “help them create a healthy environment for the whole family”.

WW bought Kurbo in 2018 and has been adding features like a Snapchat style interface and multi-day streak rewards. It was criticised last year when it announced plans to make its services free for 13-17 year olds.

WW claims that the app is designed to help create healthy habits, but the Kurbo’s website success stories focus on weight loss or changes to BMI percentage points, which measures weight against height.

US government statistics that reveal that between 2013 and 2016, 38 percent of American teenagers aged 16 to 19 said they had tried to lose weight during the past year. Nearly 20 percent of children aged two to 19 are obese, according to US figures.

In the UK, according to the Royal College of Paediatrics and Child Health, almost 1 in 5 children are overweight or obese when they start primary school, rising to 1 in 3 when they start secondary school. By 2020 it’s estimated half of all children will be overweight or obese. The RCPCH says that obese children are much more likely to be obese adults, causing significant health risks as well as low self-esteem and body image.

And the RCPCH adds: “The nature of obesity is such that it increases your risk of a range of health conditions, including heart disease, stroke, high blood pressure, diabetes and some cancers, and prematurely doubles the risk of dying. Already, the NHS spends over £5.1 billion a year treating conditions relating to obesity.”

See also: Children and Diet Supplements: What They Need To Grow Healthy

What is the Smart Home and How Will You Get Connected?