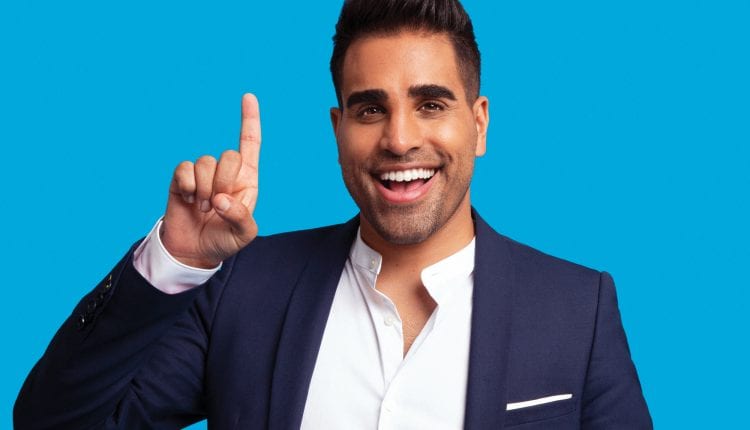 The cast for the second season for ITV’s Cooking With the Stars has been revealed, with the likes of our celebrity guest editor of Healthy Child Dr Ranj Singh, British Olympic legend Dame Kelly Holmes and Love Island star Maura Higgins competing.

As stated by ITV, the reality show, hosted by Emma Willis and Tom Allen, will see the celebrities “be trained by mentor chefs to produce delicious dishes that will be judged by the remaining professionals.

“The bottom two will then have to fight for their place in the competition, creating a dish without any help from their mentor.

“The result of this eliminator will be decided by a blind tasting judgement from the professional chefs.

“Unaware of whose food they are tasting, their greatest supporter could swiftly and unwittingly become their worst critic and vote for their protege to leave the competition.”

The official start date of the show has yet to be announced however it is set to air this summer and will last six episodes.

“Tom and I had so much fun last series and I’m looking forward to getting back into the kitchen, “ said Willis.

“The pressure the celebs are under is real and once the competition starts heating up everybody wants to win, but I’m hoping there isn’t as much blood as last series!”

Allen said: “Last series was so exciting! Emma Willis and I have been polishing our frying pans in preparation – we have so much fun working together.

“The celebrities are being trained by some of the best chefs in the business and with the clock ticking it’s always tense to see if they’ll improve their cooking enough each week to measure up to the judges’ high standards.”

Caroline Davies, Director of Programmes at South Shore said: “We’re thrilled that Cooking With The Stars is heading back into the kitchen for a second series. Our stellar Chef and Celebrity line up promises to deliver some must-see pairings and with Emma and Tom once again overseeing the cooking battles we can’t wait to see which of them rise to the occasion; and which crash out first.”