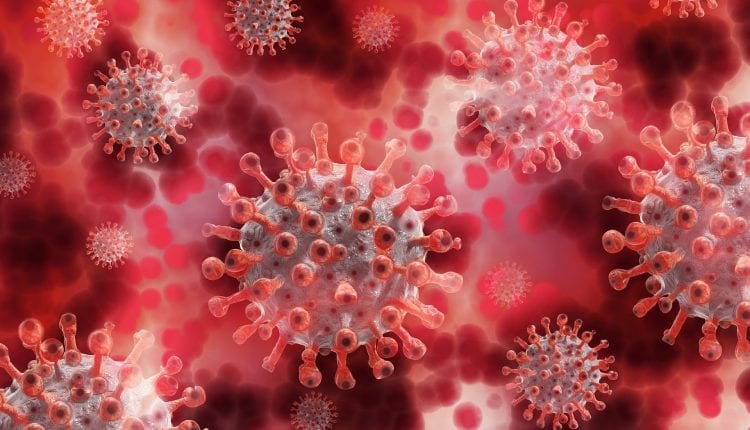 Speaking on Good Morning Britain, Live to 100 celebrity guest editor Dr Hilary Jones warned that a study into coronavirus immunity suggests that the effect may wane quicker than expected.

Discussing the results of a new study by Imperial College London, Dr Hilary Jones said the results of the study which show that those who have had coronavirus can be reinfected is a ‘blow’ towards the idea of ‘herd immunity’ developing to protect the population rom the virus in the future.

The Imperial College research suggests that antibodies created by people who have had the virus wane over time, so there is a chance of reinfection.

Previous studies around the world have shown a very small number of second infections, mainly though not exclusively in people with weak immune systems. But the Imperial College study of 350,000 people in England found a ‘rapid decline’ in the number of antibodies stored in the immune system, suggesting that second infections could become more common with time as the immune effect wore off.

Figures from June and July showed that 60 people per 1,000 head of population had effective coronavirus antibodies, but that by September only 44 per 1,000 had enough antibodies to fight a potential reinfection.

Dr Hilary Jones pointed out that the results deal a blow to the idea of ‘herd immunity’ building up as more people recover from infection. “Natural immunity when you’re exposed to the natural disease, Covid-19, does tend to wane” he said. “Right now, about 4.4 percent of people, as we go into the second peak, have antibodies that confirm protection against the coronavirus – 4.4 percent, compared to 6 percent earlier in the year in June and July”.

Dr Hilary Jones suggested that immunity had waned particularly in the older age groups. “So, being exposed to Covid-19 does not necessarily guarantee immunity going forward in the future – now, that’s a blow.”

However, Dr Hilary Jones stressed that the potential vaccine is likely to have a much stronger immune effect than natural immunity. “We need a vaccine more than ever” he said – “The vaccine does tend to give a strong immune response according to the trails that have been done so far.”

Figures from the Imperial College London study showed the number of people with antibodies fell by 26.5 per cent over three months.

According to the Real-Time Assessment of Community Transmission (React-2) study, there is a “variable waning in antibody positivity”, meaning a possible decrease in immunity over time after infection and an increased risk of reinfection as the number of antibodies decline.

Experts say the results show that a vaccine is urgently needed to protect large numbers of the population, as so-called herd immunity is still a long way off.

Professor Paul Elliott, from Imperial College London, emphasised that a vaccine response “may behave differently to the response to natural infection”.

On the question of how long immunity from a vaccination may last, he commented: “I think that’s an open question that needs to be kept under close research and close scrutiny over the coming weeks and months.

“It’s possible that people might need booster vaccines. For some viruses there’s lifelong immunity; for the coronaviruses that doesn’t seem to be the case, and we know that the immunity can fluctuate so, yes, this is something that needs to be looked at very carefully.”

The study notes that healthcare workers, people living in large households and those from black, Asian and minority ethnic backgrounds were found to have higher levels of antibodies, perhaps suggesting that they had been exposed to higher levels of infection.

The study involved 365,104 adult participants in three rounds of testing between late June and September. to measure the prevalence of antibody positivity in England. It found that those aged 18 to 24 had the highest prevalence of antibodies over the study period, a decline at the lowest rate out of all age groups.

People aged 75 and over had the lowest antibody prevalence, and the largest decline.

The research suggested that only 4.4 percent of the UK population has any antibodies to protect them from coronavirus at all, so over 95 percent have no natural protection against the infection.

Health Minister Lord Bethell commented: “This study led by Imperial and Ipsos MORI is a critical piece of research, helping us to understand the nature of COVID-19 antibodies over time, and improve our understanding about the virus itself. We rely on this kind of important research to inform our continued response to the disease, so we can continue to take the right action at the right time.

“It is also important that everyone knows what this means for them – this study will help in our fight against the virus, but testing positive for antibodies does not mean you are immune to COVID-19.

“Regardless of the result of an antibody test, everyone must continue to comply with government guidelines including social distancing, self-isolating and getting a test if you have symptoms – and always remember Hands, Face, Space.”

However, the bad news for the idea of herd immunity doesn’t discourage belief that an effective vaccine can be delivered, with the Oxford vaccine trial announcing a “strong immune response” amongst the elderly as well as the young, and older adults.

The vaccine in development by Oxford University and Astra Zeneca is currently in a phase three clinical trial, with the safety and effectiveness of the vaccine being tested by thousands of participants across a number of different countries.

Meanwhile a study in the journal Cardiovascular Research suggested that some Covid-19 related deaths could be linked to long-term exposure to air pollution.

The research estimates that around 15 percent of deaths worldwide from Covid-19 could be connected to long-term exposure to particulate material known as PM2.5. Though the study doesn’t make a direct connection between air pollution and Covid-19 deaths, it doesn’t rule it out, and says it could be an aggravating factor in other health conditions such as high blood pressure, coronary artery disease, diabetes, asthma and COPD, which lead to a substantially higher risk of death from the virus.

Researchers aimed to assess the proportion of deaths that could be avoided if people were exposed to lower air pollution levels, without emissions from burning fossil fuels and other human-driven activities.