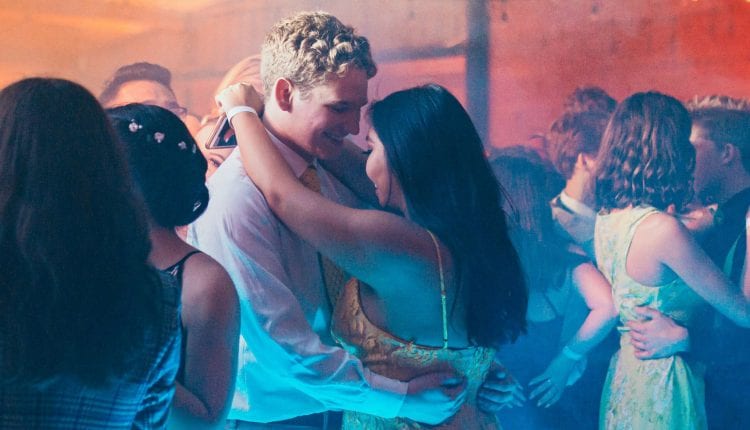 Government spokesmen have shared their worries that the country is entering a “period of particular concern” as the number of coronavirus cases has risen across the country.

Housing Secretary Robert Jenrick said “we all have to be very cautious” as 2,948 new coronavirus cases were recorded on Monday 7th September .

Some of the government’s scientific advisers have given stark warnings over the increase in Covid-19 cases.

Young people breaking social distancing measures or returning from overseas holidays have been blamed for the spike in infections.

On Sunday 6th September, 2,988 new cases were recorded, the highest figure announced since 22nd May. the weekly rate of new cases of Covid-19 infection in the UK has now risen above 20 cases per 100,000 head of population. This compares to a peak of 6,000 a day recorded in hospitals earlier in spring.

Robert Jenrick said on BBC Breakfast: “The virus is still very much with us, it’s still concerning”, adding that if people followed the government’s guidance “we should be able to continue to control the virus but we’re going to have to be especially cautious as we go into the autumn and winter”.

“If we all play our own part then we should be able to maintain our daily lives in this sort of new normal but we’ve got to be very cautious because, as you’ve seen, the number of cases is rising.”

He emphasised the particular responsibility on younger people who may not suffer serious symptoms of infection, but who are capable of passing the infection on to older and more vulnerable people.

Health Secretary Matt Hancock warned that the UK could see a second spike in coronavirus cases if young people do not follow the rules. “Don’t kill your gran by catching coronavirus and then passing it on,” he said on Radio 1’s Newsbeat on Monday September 7th.

“We have to keep hammering the message home. Of course the people in those age categories are unlikely to become extremely unwell as a result of having the virus.

“But they are able to pass it on to others,” he said.

“There’s a responsibility on younger people to not just stay at home, obviously to go out and go to work and to enjoy pubs and restaurants, but to do so in accordance with the guidelines.”

See also: Support for the Stress of Infertility

The warnings were echoed by Prof Andrew Hayward of the government’s Scientific Advisory Group for Emergencies (SAGE) who said on Radio 4’s Today programme: “Generally it is local outbreaks, but there is also very worrying increases in cases, particularly over the last few days.

“What we saw in the last few days from surveillance data was this worrying increase in cases which, as we know from the first wave of the pandemic, can potentially get out of hand if we don’t be very serious about the control measures.”

Another member of SAGE, Prof. John Edmunds, pointed out that the reproduction rate or ‘R number’ had now risen above 1, meaning that the virus had the potential to increase exponentially.

He described the rise in cases to nearly 3,000 per day – predominantly among those aged 17 to 21 – as “a signal we have got to change this now”.

“People have relaxed too much,” he said. “Now is the time for us to re-engage and realise that this is a continuing threat to us.”

He added that though hospital admissions and deaths were at a very low level, the country risks following the trajectory of other European countries as there is now a general spread of the disease in most parts of the country, particularly among the 17-30 age group, mainly he suggests due to a breakdown in social distancing.

The news comes as the county borough of Caerphilly in Wales is to be placed under a local lockdown from 18:00 BST on Tuesday, with Welsh Health Minister Vaughan Gething saying there was evidence of “community transmission” in the area which had largely been caused by a failure to follow social distancing guidelines.

Stricter rules on visiting other people’s homes were also extended to two more areas in the west of Scotland from midnight.

Council leaders in north-east England have reported that the average number of new cases in the region has doubled to about 80 per day over the last week. They warned that ignoring social distancing rules and businesses failing to record details for track-and-trace was adding to the potential threat of a second wave of infection.

Transport Secretary Grant Shapps has announced a change in England’s quarantine policy, adopting an approach which allows islands to have separate rules from a country’s mainland.

See also: All You Need to Know About Head Lice

He said travellers arriving in England from seven Greek islands will have to self-isolate for 14 days from 04:00 BST on Wednesday. They are Crete, Lesvos, Mykonos, Santorini, Serifos, Tinos, and Zakynthos (also known as Zante).

Internationally, India recorded more than 90,000 new cases of Covid-19 on Monday 7th September, taking its total above that of Brazil, with the second-largest number of confirmed cases in the world at 4,204,613. It has reported 71,642 deaths, the third-highest in the world.

It’s against this background that UK Government spokesmen have shared their worries that the country is entering a “period of particular concern” as the number of coronavirus cases has risen across the country.

All You Need to Know About Head Lice

Why Home Ventilation is A Health Essential